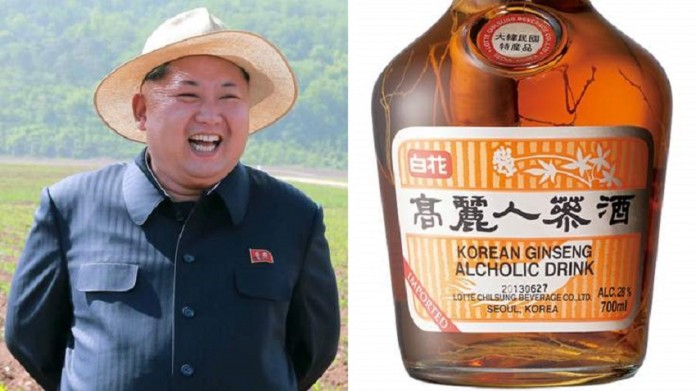 North Korea has claimed its scientists have invented a potent alcoholic drink that leaves drinkers blissfully free of a hangover.

According to the state-owned Pyongyang Times, experts toiled for years before making their breakthrough when they replaced the sugar in Koryo Liquor with “boiled and scorched glutinous rice”.

The resulting spirit, made with ginseng and organic rice, has an alcohol content of 30%-40% and “is highly appreciated by experts and lovers as it is suave and causes no hangover”.

The paper says the drink’s “subtle blend… of the scorched starch with the sweetness of glucose can not be produced with any spices”.

The “scorched glutinous rice” is also said to contain essential amino acids, inorganic substances and vitamins and help the body break down fats – making it a likely favourite of dictator Kim Jong-Un.

The liquor has reportedly won a series of accolades in the North Korean food and drink industry – including a top ranking at the fifth national liquor exhibition, first place in the food sector of the 30th national scientific and technological festival and a December 15 Medal of Quality.

This Is The Sweet Gift Julie Gichuru’s Hubby Gave Her For...

Kenyan men getting saved after seeing these Hot photos of Pastor...

Brooklyn Beckham in Kenya here are the videos and Photos