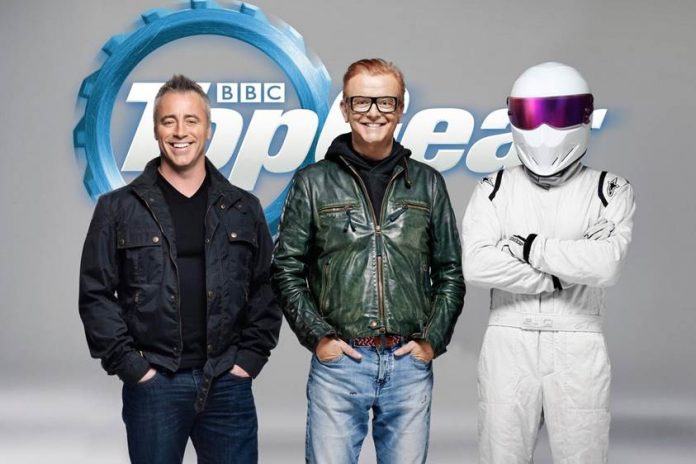 Evans revealed the news in a tweet, telling fans, “Stepping down from Top Gear. Gave it my best shot but sometimes that’s not enough. The team are beyond brilliant, I wish them all the best.”

Stepping down from Top Gear. Gave it my best shot but sometimes that’s not enough. The team are beyond brilliant, I wish them all the best.

Evans’ decision to walk away from Top Gear just a year into a three-year contract follows poor audience ratings for the show, which only relaunched at the end of May. It also comes just a day after the final episode of the brand new season aired in the U.K.

Interestingly, co-presenter Matt LeBlanc last week reportedly threatened to quit the show if Evans was allowed to stay on for another season.

Reports claimed that LeBlanc had become increasingly frustrated with Evans’ supposedly obnoxious behavior toward the Top Gear team and went so far as to issue an ultimatum to BBC officials, according to The Sun.

“The big question now is who goes and who stays,” a show source told the British newspaper last week, adding, “The team does not gel at all, and the atmosphere between the presenters is decidedly frosty.”

LeBlanc is apparently in talks with the BBC about signing up for a second season, so if The Sun’s recent report was true, it seems Evans may have decided to walk before he was pushed. However, at this stage it is of course impossible to know precisely what’s been going on behind the scenes.

The BBC relaunched Top Gear after firing Jeremy Clarkson in 2015 for punching a producer in an argument over the provision of hot food at the end of a day’s shoot.

PHOTOS: See how ‘Jesus’ is spending his Weekend While in Kenya...

7 DEATH AND ONE INJURED IN KAPENGURIA POLICE STATION ATTACKS –...