Let’s start with the man himself, he’s congenial and likable, a people person. He’s the present Day Mwai Kibaki if you will. Unlike the likes Raila Odinga, Kalonzo Musyoka, Moses Wetangula or even the president himself or the abrasive strongman William Ruto whose legendary controversy rap-sheet runs miles long as a suspect for serious crimes including corruption and murder; I can’t recall any major controversy or confrontation that involves Mudavadi. If I were to rank the six men in terms of likeability Mudavadi would closely tie with President Kenyatta who is a pleasant guy and even if one questions his record in office, he still scores very high on the “likable” category. Mudavadi is a close second and would probably surpass the President if he had similar exposure. Ruto obviously ranks dead last.

Mudavadi – Whoever – A stand-alone Mudavadi ticket is the best guarantee for a run-off. He probably won’t win outright but played well, he will peel off enough protest votes from Kenyatta and Raila to force a run off and whoever he supports afterwards if he himself is not on the second ballot, wins.

Kenyatta – Mudavadi –This is a guaranteed winning combo, no-brainer, no questions asked. It will put things back in track as originally envisioned in 2013; both men are not controversial and as stated elsewhere, amiable and so it will be a no-brainer. Any blow-out on Ruto’s side will be minimal in my estimation, I mean not impactful at all because Ruto has lost considerable ground among the Kalenjins as it is, he cannot pair with Raila, so that settles that. However, at this point a Kenyatta – Mudavadi pairing is unlikely perhaps because I suspect there’s still bad blood between Kenyatta and Mudavadi because Kenyatta reneged on a deal to let Mudavadi succeed Kibaki in 2013, Mudavadi has expressly stated that he will not work with Jubilee.

Raila – Mudavadi – Dead in the water, still born. At face value it looks like a formidable ticket, but when you look at it closely, it is actually weak because, ironically, the match up will ensure Kenyatta wins on round one. So, it is reasonable to argue that Mudavadi’s stand-alone candidacy is actually good for Raila because it gives Raila a realistic shot at the presidency.

Raila – Whoever – It is a steep climb for Raila because he’s not the same political firebrand he was before and has too many strikes against him as it is, he has hemorrhaged critical support among his once closest allies and continues to- folks like Caroli Omondi, Ababu Namwamba, Miguna Miguna, and many others simply deprive Raila of public confidence. However, if it is any consolation, the Kenyatta-Ruto duo is itself so weak that in fairness Raila still has a shot at this thing.

Kenyatta – Ruto – Other than the advantages of incumbency, clearly there are major challenges with this ticket. On the surface it looks like the duo has consolidated their political base and perhaps expanded it, but don’t be fooled. On closer look, it appears that this is Jubilee’s option B that takes the place of its development record or lack thereof but it is a very expensive proposition; the public believes that the money that would otherwise be spent on development projects has instead been converted to consolidate power and buy votes and that is a big problem because whoever prosecutes this case effectively will be halfway at Statehouse and Ruto is considered the architect. Two, the once power-house Ruto is now a drag on Kenyatta on way too many counts as you will see below, things have changed from the pre-ICC 2013 to the post ICC 2017 – Ruto has made serious missteps as you will see below. 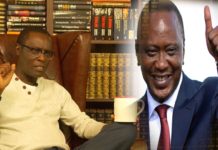 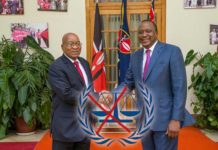 Why South Africa Is Right In Leaving The ICC 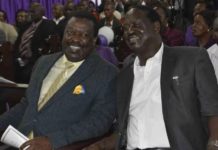