Former US Ambassador to Kenya Michael Ranneberger on Tuesday paid dowry for his Maasi wife in a traditional ceremony held at Ololchani village in Narok County.

He is said to have given his in-laws 20 bulls as dowry for Ruth Konchellah whom he met 10 years ago during a visit to Enoosaen area, after the post-election violence.

Ranneberger’s wife appreciated his husband for following the Maasai culture by paying the dowry to her mother.

“This is a very special day in my life since I do not know what to say but I am grateful that my husband has seen the need to comply with this very important custom to the members of the Maasai community and all Africans,’’

The invited guests who attended the ceremony were hosted with a Nyama Choma treat according to the Maasai traditions.

The former US ambassador is said to have spent the better part of Monday bargaining for the bulls at Kilgoris cattle market. Cattle traders apparently increased prices for heifers from Sh20,000 to Sh40,000 the moment they saw a white man at the market. 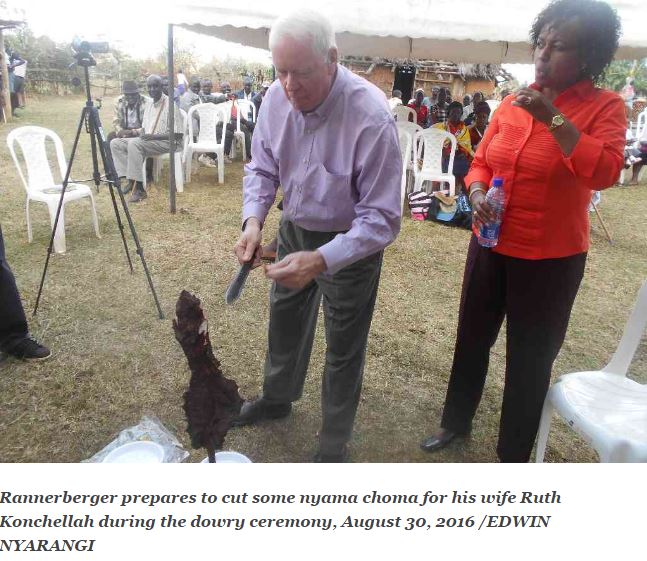 PHOTOs of the rich Nigerian man who has married aging Kenyan...

Celebrity Mums and Their Cute Daughters Wishing you a Merry Christmas