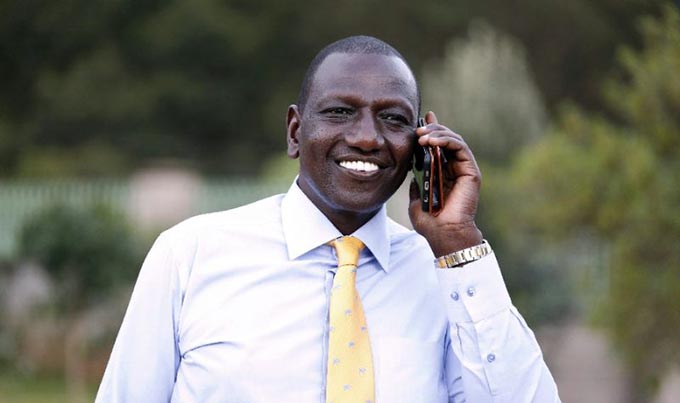 Police are holding six suspects who were arrested for allegedly stealing 200 iPhone’s in the Office of the Deputy President.

The suspects among them a woman identified as Winfred Mukikinya were apprehended on Thursday after orchestrating a plan that led to the disappearance of the gadgets worth approximately Sh30 Million.

According to police, Ms Mukikinya who is the key suspect approached a company known as Capital Airtime, which is owned by a senior government official, and purported to have been authorized to conduct business on behalf of the government.

The suspect is said to have convinced Capital Airtime to supply her with 200 pieces of iPhone 6 Plus claiming they were meant for delegates attending the recently concluded TICAD conference.

According to an NTV report, two weeks before commencement of the TICAD summit, Ms Mukikinya and the supplier went to the deputy president’s office where they were shown the Local Purchasing Order (LPO).

After seeing the LPO claimed to be from the DP’s office and the Ministry of Foreign Affairs, Capital Airtime went ahead to release the top-of-the-range gadgets to Mukikinya.

What has baffled investigators, however, is how the suspects obtained a government vehicle and accessed the Deputy President’s office unnoticed.

The six will be arraigned in court on 7th September.

Photos of female police officer shot dead by her husband in...

Video: Woman from Nyeri butchers her children for eating a whole...