Senator Mutula Kilonzo Junior has been making headlines after a woman named Victoria Ndunge took him to court claiming that he has neglected his responsibilities as a father she sired with him after their s3xual escapades.

Click page 2 below to see the photos evidence: next page
The lady demanded for almost 10 million for child support and maintenance from the Senator.

However, what people do not know about Ndunge is that she is a Jubilee official which means she works for the President.

The lady met with the CORD senator Mutula Kilonzo and the two allegedly had an intimate relationship though they are not married.

The affair blew up and the court is still handling the case presented by Victoria. See her photos at TNA headquarters. 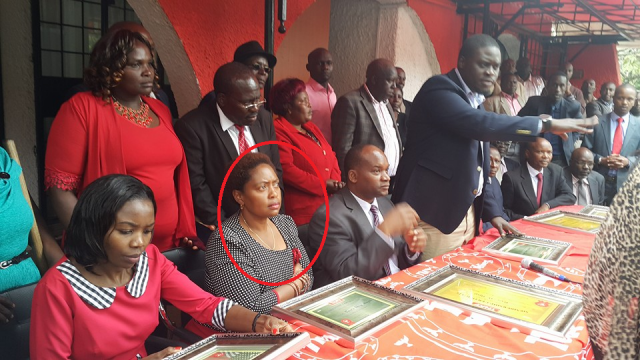 Is ISAAC MWAURA’s marriage on the rocks? – His wife’s cryptic...

Njugush of Real House-helps of Kawangware takes dowry for his insanely...