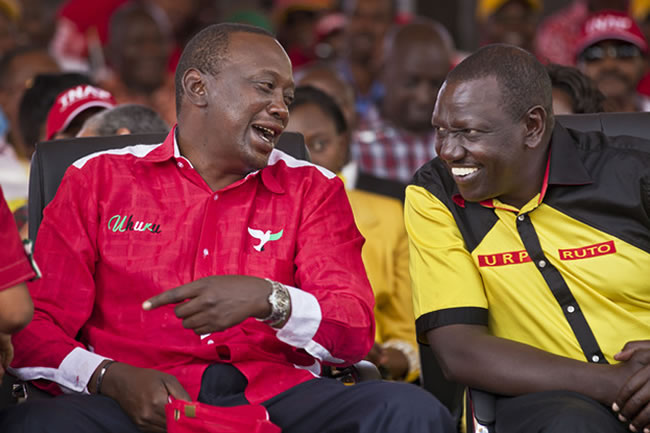 As the clock ticks towards merger of jubilee affiliate parties to form jubilee party and the list of parties rushing to join the merger grows day and night,Narok county Assembly leader of minority Daudi Ole Montet has defected to jubilee saying that was the wish of the fallen Maasai leader late William ole Ntimama.

Speaking in Nakuru town Ole Montet who is the MCA for Oloropil ward and elected on Kenya National Congress ticket said he will not go against the wishes of late Ole Ntimama whom he said he wanted the community to be in the hands of President Uhuru Kenyatta and his Deputy President william Rutto.

“He was my father in politics and his vision after taking us to meet President Uhuru Kenyatta and the President coming to Narok is enough testimony of his direction for the Maa community”,said Ole Montet.

Koigi who is known for his controversy during Late President Jomo Kenyatta and retired President Daniel Moi hinted that he will not keep quiet over corruption and dictatorship while in the new party added that his party had same policies of jubilee to assist the common man.