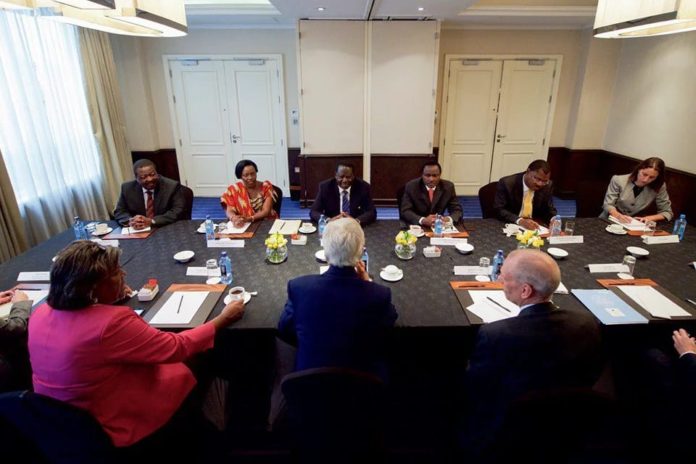 If the Coalition for Reforms and Democracy (CORD) wins the coming General Election, they will introduce the Prime Minister position.

Bonny Khalwale, the Kakamega senator spoke a plan by the coalition to re-introduce the Prime Minister position in its government.

The Ford-Kenya party leader announced that the CORD would use the position to cater for the presidential aspirant who would come third during the party nominations.
“The position of the CORD flag bearer and his running mate will only be available to two co-principals. FORD-Kenya, therefore, proposes that the coalition reserves a negotiated position within the CORD government for the third co-principal including his party’s share in all governments positions,” Khalwale said in part.

The senator also revealed that CORD had begun talks with the Amani Coalition leader, Musalia Mudavadi to join CORD in a bid to fortify an alliance to take on Jubilee.

Revealed: How Raila will spend billions for campaigns and is importing...