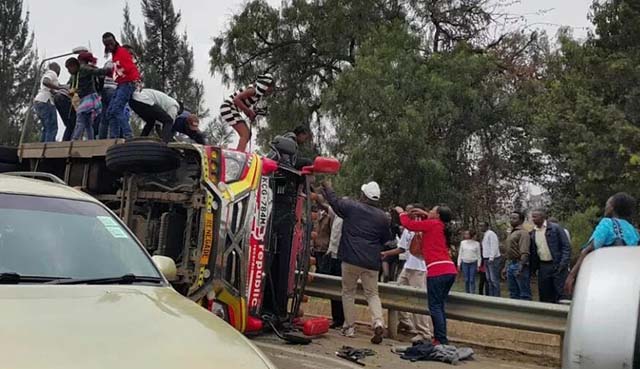 Four people have been confirmed dead in a grisly road accident along Langata Road in Nairobi on Sunday, September 25.
Four others were seriously injured when the matatu which plys the Nairobi-Rongai route overturned near Langata Police station.

Police said the conductor of the matatu christened Schizo was driving the vehicle at very high speed before it overturned leaving the four dead. He seems to have lost control of the vehicle before the accident happened . The injured were rushed to hospital. 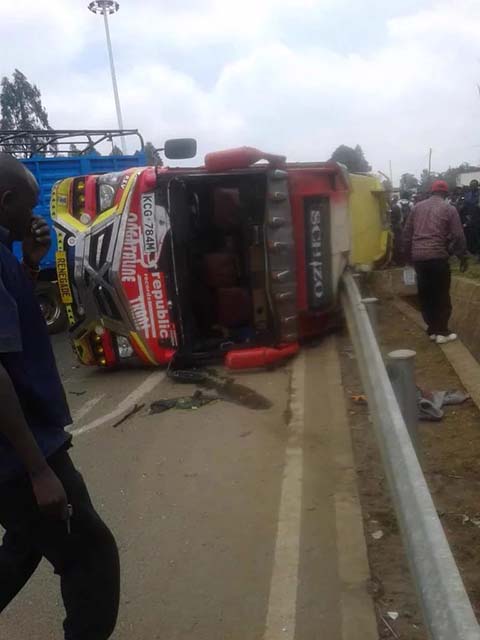 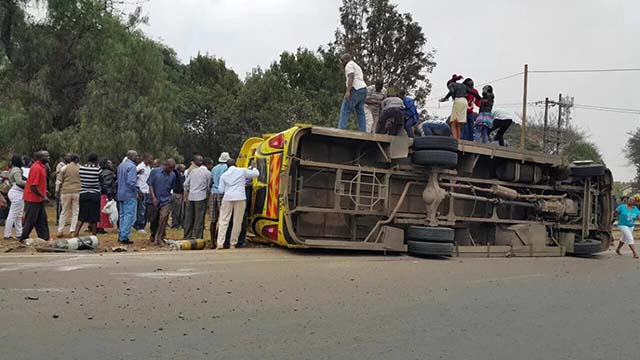 Tragic Accident, 26 dead as bus and tanker crash in Kambu,...