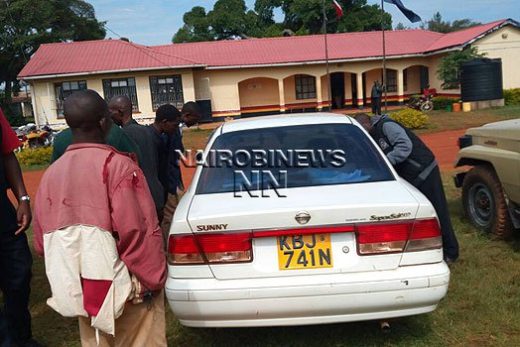 Nyakoe MCA Cosmas Zaka and his Masimba counterpart were arrested at Nduru Girls High School yesterday after it emerged that they were making out with Nduru Girls high school students. The two Kisii County MCAs Nyakoe and Masimba ward representatives were roughed up by police after three girls were found in their cars enroute to Nduru Girls High School.

Residents of Nduru tipped the school administration after the girls were spotted changing uniforms in a Nissan car KBJ 741N.

The three girls were sent home for collect schools fees on Friday and it is alleged that two MCAs spent the entire weekend with girls.

The two MCAs are currently held at Nyamaramba police station while the girls have been to hospital for further examination. Below are the two MCAs.

Be warned! Post photos of your baby online at your own...