Forget about bloggers killing popular celebrities on social media, former news anchor Julie Gichuru has suffered a major attack after a group of bloggers shared embarrassing photos of her saying that she was drunk and urinated on her clothes.

The blog shared the photo on social media with photos of Julie Gichuru lying on the ground saying that she had peed on herself after having one too many drinks.

Julie on the other hand did not take such accusations slightly and vowed to sue the site for defamation and false information about her.

The always glowing and happy TV lady was furious with the post since she is a mother of teenagers who access the internet and this might badly portray her not only as a mother but also as a business woman.

However while on that, Facebook is set to bring regulations against such blogs whose aim is to tarnish names and create unnecessary rumors. See the post from the blog and the photos. 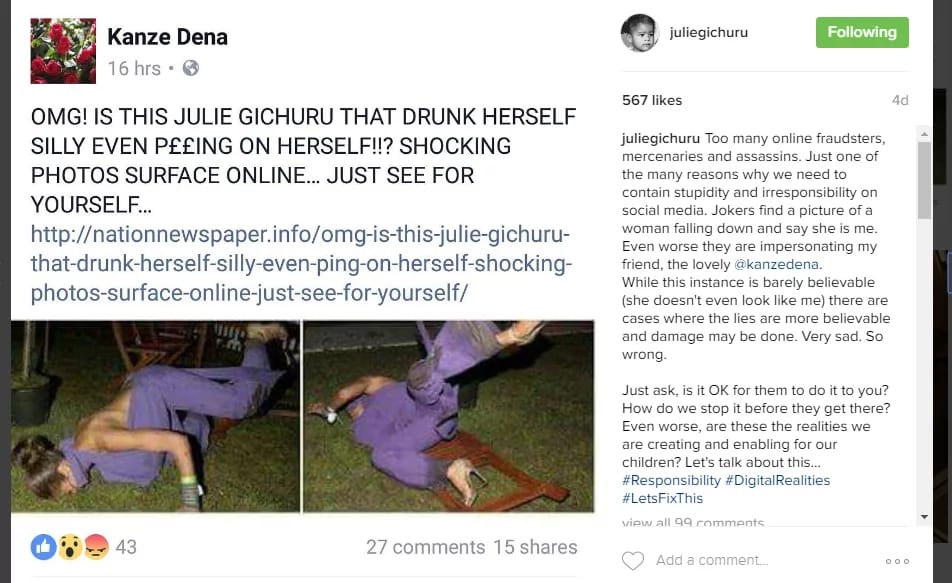