During a Friendly football match between the Bunge FC and Silibwet FC earlier today in Bomet County, police were forced to use teargas to disperse governor Isaac Ruto and some of his supporters. The governor confronted police following an arrest of some of the Mashinani supporters earlier.

The administration police officers unleashed teargas and directed it to Isaac Ruto.

Following the incident Sotik Member of Parliament and Joice Laboso who was present accuse governor Ruto for undermining other leaders. Some members of the public also reported that the governor wanted to disrupt the meeting and thus chased him away. 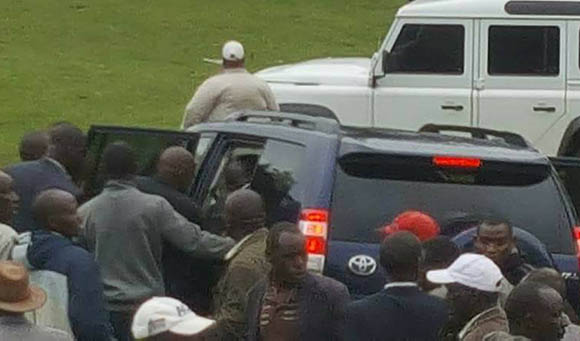 History to be made as tropical cyclones set to hit East...

This is what the police and pathologists are not telling you...