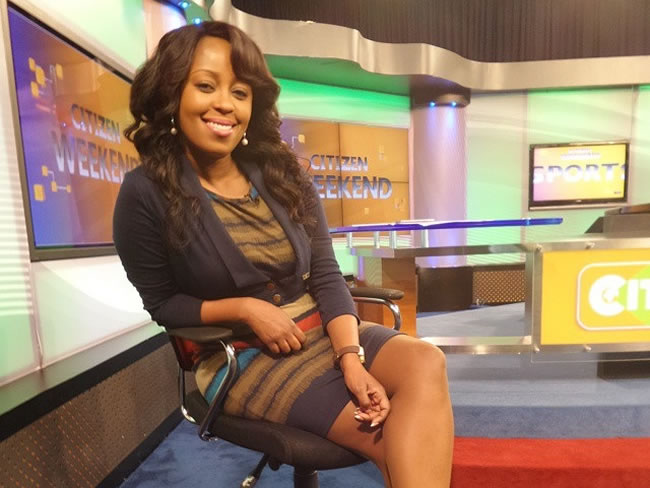 Controversial news anchor Lilian Muli has become a series of scandals and cases for the longest time now and word keeps on surfacing.

Just recently she was trending on social media after calling a waitress at a popular restaurant in Nairobi all kinds of names for allegedly treating her with an attitude at the hotel.
Muli was caught on camera and the video went viral. In another recent case a taxi driver alleged that drunk Muli had tried to make passes on him and the married guy threatened the media personality that he would release a video he had taken.
Now, while a conversation was going on on social media asking about Muli’s favorite weave style, one lady revealed a shocking revelation on the TV girl.

According to the gossip monger, Lilian had been lying to have had an accident when the truth is that she was thoroughly beaten by CORD principal Kalonzo Musyoka’s wife, Pauline when she burst them at a club in Nairobi.

The attack on Lilian’s face became a mark and a constant reminder of her kuhanyahanya behavior and messing with people’s husbands. At least that is what the ladies said. See the conversation that followed.

Hottest video of Mombasa County Governor doing some cooking in the...