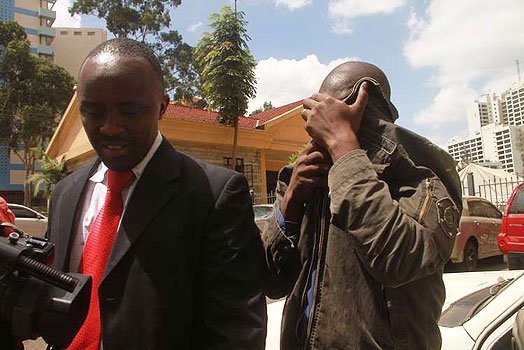 The man who was arraigned in court for attempting to extort monies from activist Boniface Mwangi while claiming that he knows how the murder of businessman Jacob Juma was planned and executed, will have to undergo a mental test.

The directive comes after Mr Douglas Nyakundi appeared in court on Wednesday and claimed that it is Mr Mwangi who had coached him on what to say.
He was to be charged on Wednesday for charges relating to extortion of monies, but following the turn of events, the prosecution asked the court to have him subjected to a mental assessment.

The magistrate court allowed the request and ordered that Mr Nyakundi be taken to Kenyatta National Hospital or Mathare to undergo the mental test.
The court also ordered that he remains in custody at the Kilimani police station.

Last week, Mr Nyakundi had initially claimed that his boss, a Mr Rono, had initially had given him a letter to deliver to the activist which allegedly had information on the murder of the businessman.

Kalonzo Musyoka does this after meeting this Lady