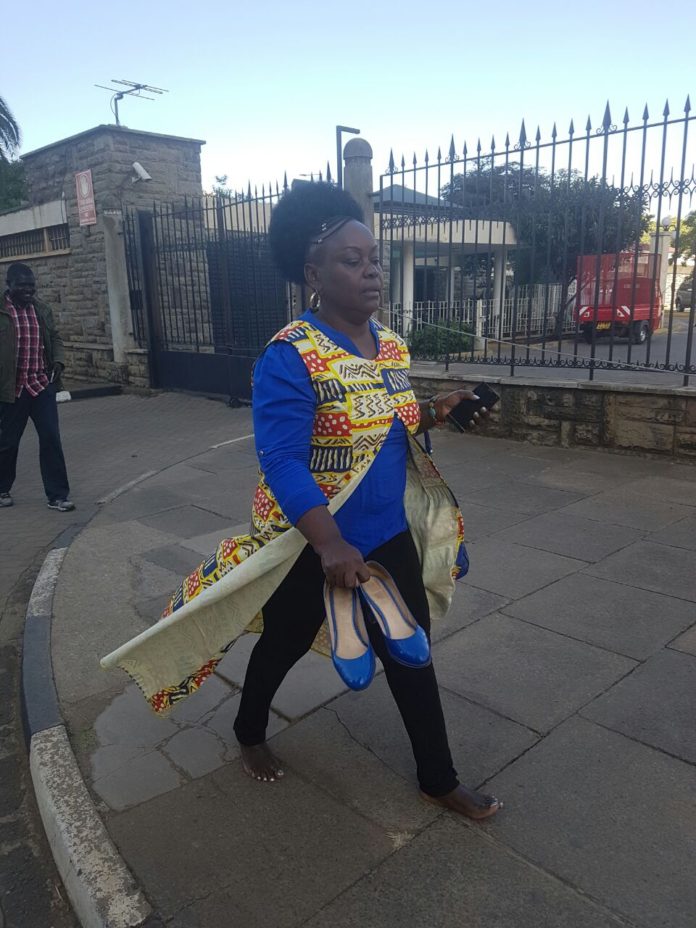 Amid the anxiety, Mbita MP Millie Odhiambo has affirmed that the opposition lawmakers are willing to “fight and even die” if the police attempt to subdue them by force.

Anti-riot police officers have been deployed outside and inside Parliament buildings with all lawmakers being frisked before entering the precincts of the House.

The MPs were also being forced to alight at the Intercontinental hotel and had to walk to the buildings.

The sitting was called by Speaker Justin Muturi to discuss new amendments to the election law introduced by the Jubilee faction including a clause allowing the IEBC to use a manual system in case the electronic one fails in the 2017 polls.

The Opposition, however, read malice in the proposed changes claiming that it was a plan by the Jubilee government to rig the elections.

Addressing the press on Monday, CORD led by Senator Moses Wetangula vowed to use all necessary means to reject the amendment accusing Muturi of colluding with the government to call for the special sitting.

The Opposition lawmakers have now vowed to keep the Speaker out of the Chamber to ensure the debate fails to take place.

Muturi has now been forced to convene a crisis meeting with leaders of the Opposition in Parliament to discuss on how to handle the debate.