9 people have been confirmed died and 13 others were seriously injured after the boat they were traveling three lost sight and enter the valley in the area of Tawa Mbooni sub-counties of west of Makueni.

According to OCPD area James Council that three of the 14 passengers was coming from hourly to Machakos during the crash where nine people were killed, including infant baby girl four men and four women. 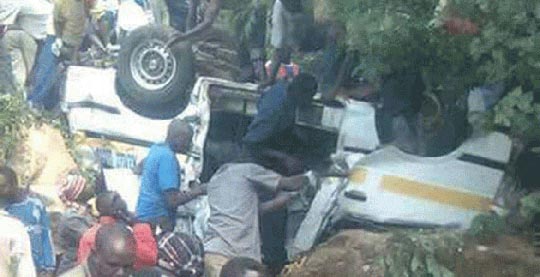 Reckless boys! See how drivers of the cars that crashed in...

In PHOTOS, see the campaign that got everyone talking in Nairobi

One student, a mother and her child perish in a road...