A lady has come out claiming that the she bore a child after having a brief illicit affair with DP William Ruto.

This surprisingly comes in the exact year when elections are expected to take place and it might be a political motive.

The woman known as Prisca Bett filed the suit claiming that the DP has not been a father in any way to their daughter.

According to her, their relationship took place in Eldoret where she used to get invited to the DP’s residence to spend her nights there whenever the politician was in town. 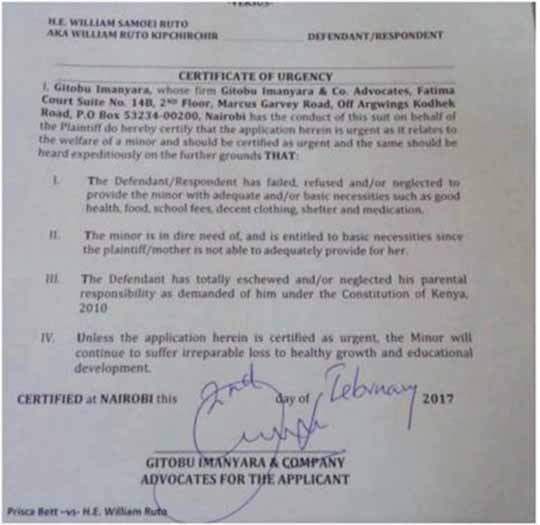 RAILA ODINGA is set to make a major announcement on Saturday...