After announcing his bid for the Nyali constituency seat Mohammed Ali have since had some head-on with his rival said Abdalla.

And as they say politics is a dirty game it seem to have applied to the former journalist when news started going round that he have abandoned his family and there was a video evidence watch video below. 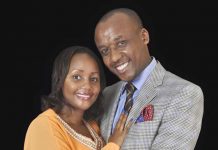