Newly Elected Nakuru Senator, Susan Kihika has been accused of hating her alleged husband’s kids from his first marriage to Beatrice Wanjiku.

Ms Wanjiku moved to court to challenge Sam Mburu’s plea for custody saying that his wife hates their two kids.


“The children have complained to me about the applicant’s wife who hates the children, orders them away from her and violently swears at them that she never wants to see them again. When the stepmother is asked why she behaves that way, she says the children are ‘grumpy’ and call her grandy on account of her advanced age,” Wanjiku’s affidavit read in part.

“I am further informed by the children that when they spend time with their father, the applicant is always away from home and if custody of the children is granted to the applicant, he would subject them to the whims and mercies of an absentee dad, stepmother, mistress or simply other women,” she claims.

According to the Nairobian, Mburu who is 10 years Kihika’s junior is said to have been sued by his estranged wife for wife battery, heavy drinking and miraa addiction.

According to Beatrice Mburu was also engaging in extra marital affairs during their marriage. 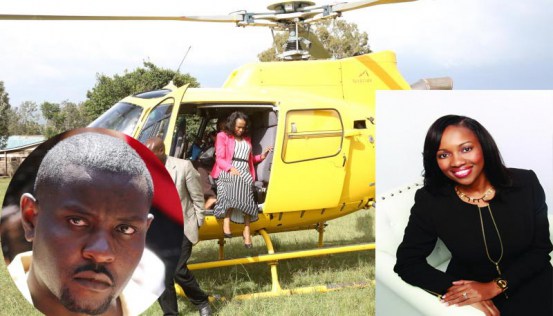 Mburu, a billionaire business admitted to having had two kids with Beatrice and having lived with her from 2003.

In his defense he said, ”“I am still willing to provide for and maintain the children as I love my children and know that I have a responsibility to ensure that they are maintained and provided for.”

He however stated that Beatrice also bears parental responsibility towards their kids; to cater and provide towards their maintenance and upkeep.

Citizen TV’s S3XY KAMBUA reveals why she doesn’t have children after...

Allan And Kathy Kiuna Living The Life In Australia While You’re...