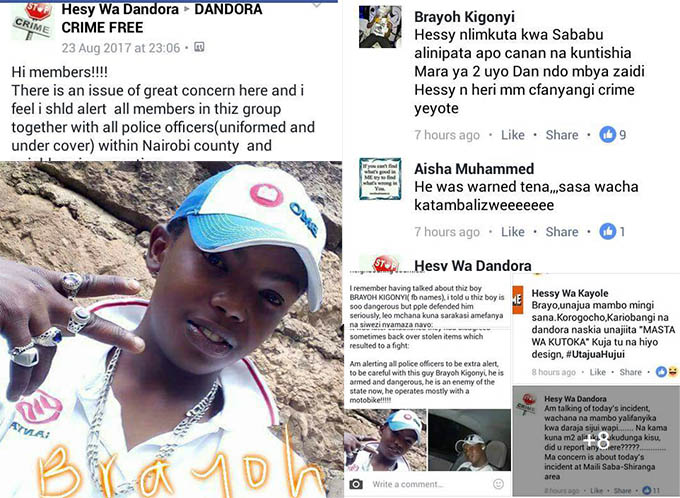 Hessy drama continues! following a post in a popular Facebook group DANDORA CRIME FREE, Hessy posted a picture of Brayo requesting him to change his ways and return a gun he used to injure his friend. Brayo immediately replied saying he was not involved. Se

Morning members!!!!
Allow me tell thiz boy something in simple terms:
Brayoh Kigonyi, i know ur stil very young and that u still have a bright future ahead of u, thats if u will amend ua ways: in ua yesterday’s confrontation at Maili saba-Shiranga area, ua own partner in crime DAN, was shot on the left hand, another young innocent girl was also shot on the leg: so wot ur telling us that it was not u with the gun, is like a pregnant woman telling us she’s a virgin:
In simple terms, take that gun politely, na uipeleke Dandora police station leo leo, bila kukosa, failure to do so…… I dont want to tell u wot will happen, usiende police station mikono mitupu, peleka iyo pistol roho safi 2 kwa usalama wako na siyo ati mimi nakubembeleza kijana,….. This stupidity must end,

young soul may God guide ur decision n save ur life 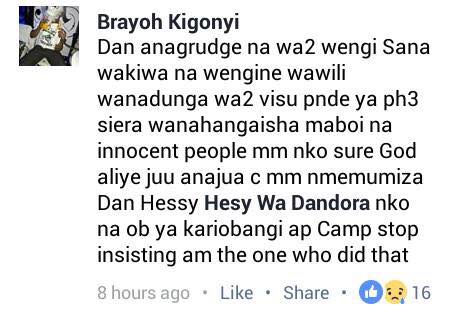 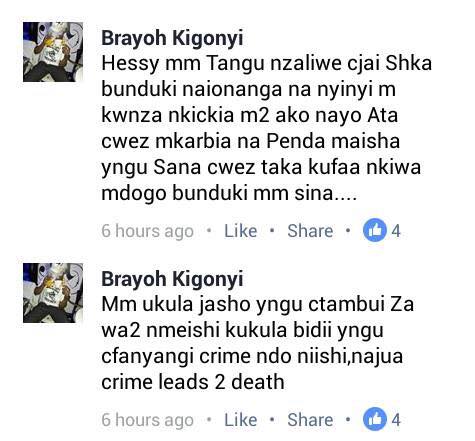 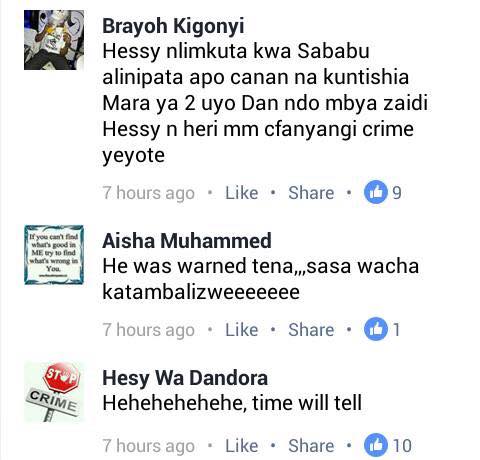 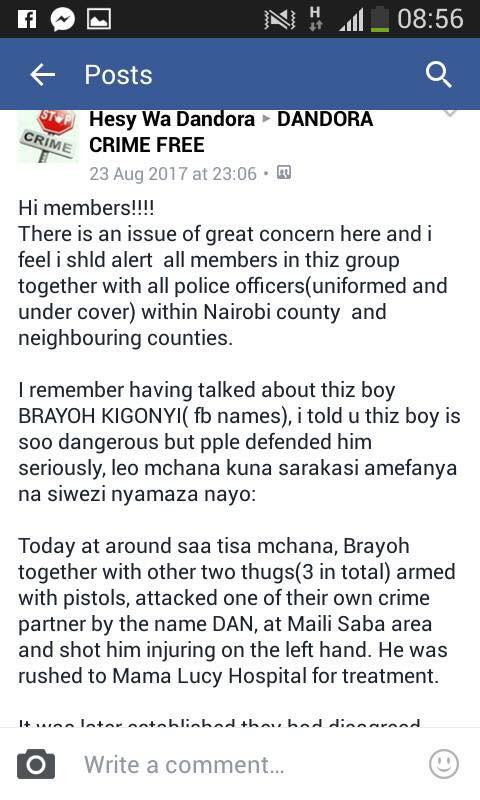 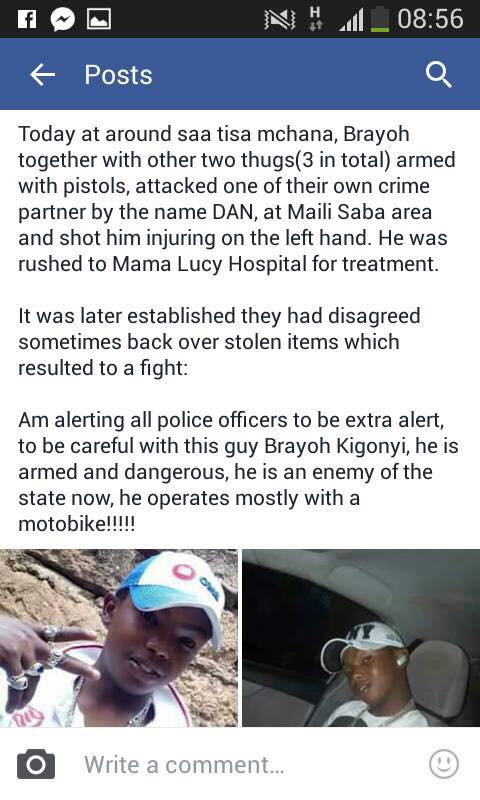 Meet the man from this town who has infected over 200...