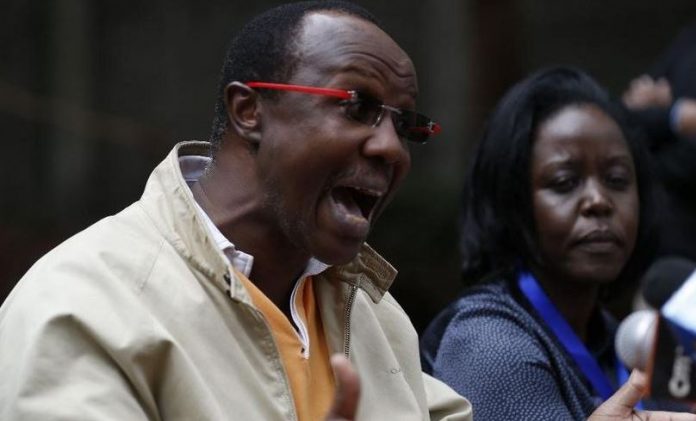 After many days, David Ndii finally posted the results from the Nasa Presidential Tallying Centre. The economist was reportedly in charge of the parallel tallying centre, but had failed to provide any alternative figures since the conclusion of the August 8th general elections.

On Friday, a few hours after the Supreme Court ruling to annul Uhuru’s win, David Ndii finally released what he said was the real results.

Using his favourite platform Twitter, Ndii posted figures which he said added up to a 56.6% win for Raila Odinga, and 42.4% for Uhuru Kenyatta. 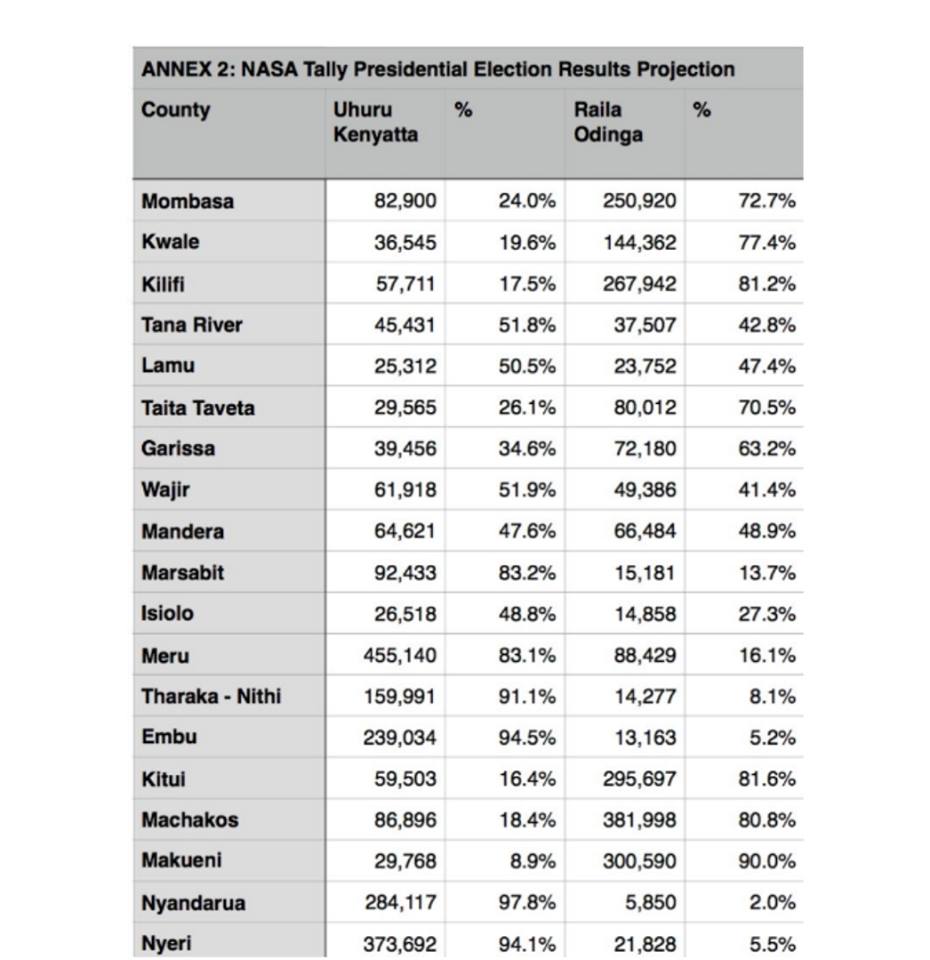 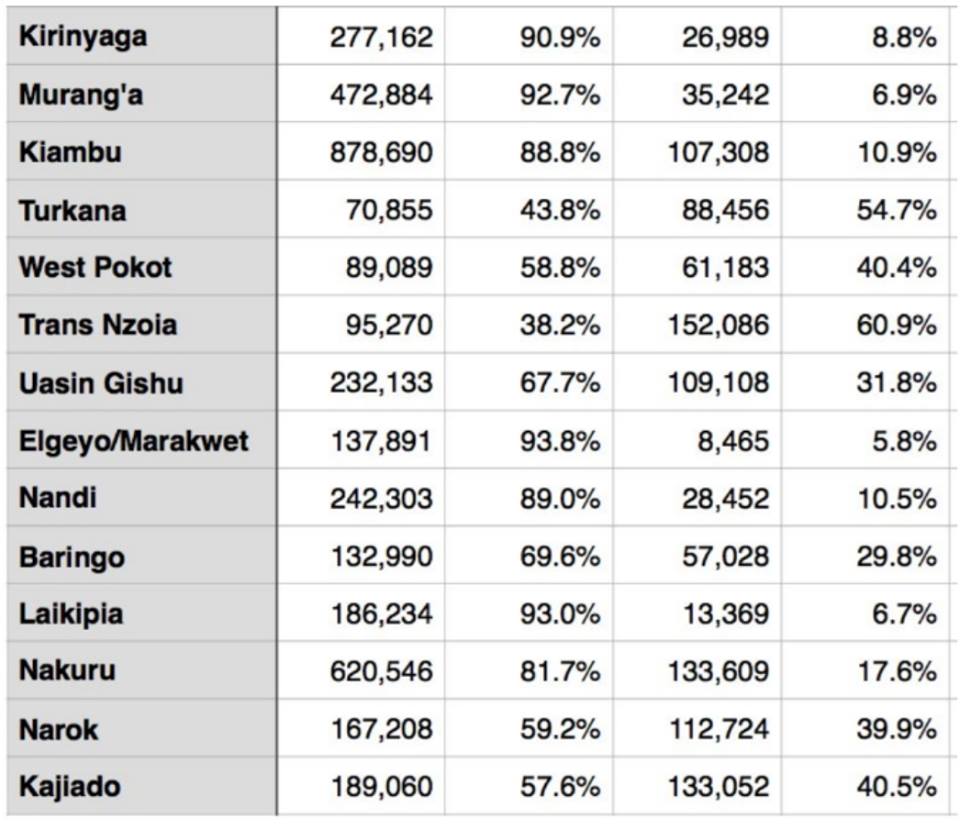 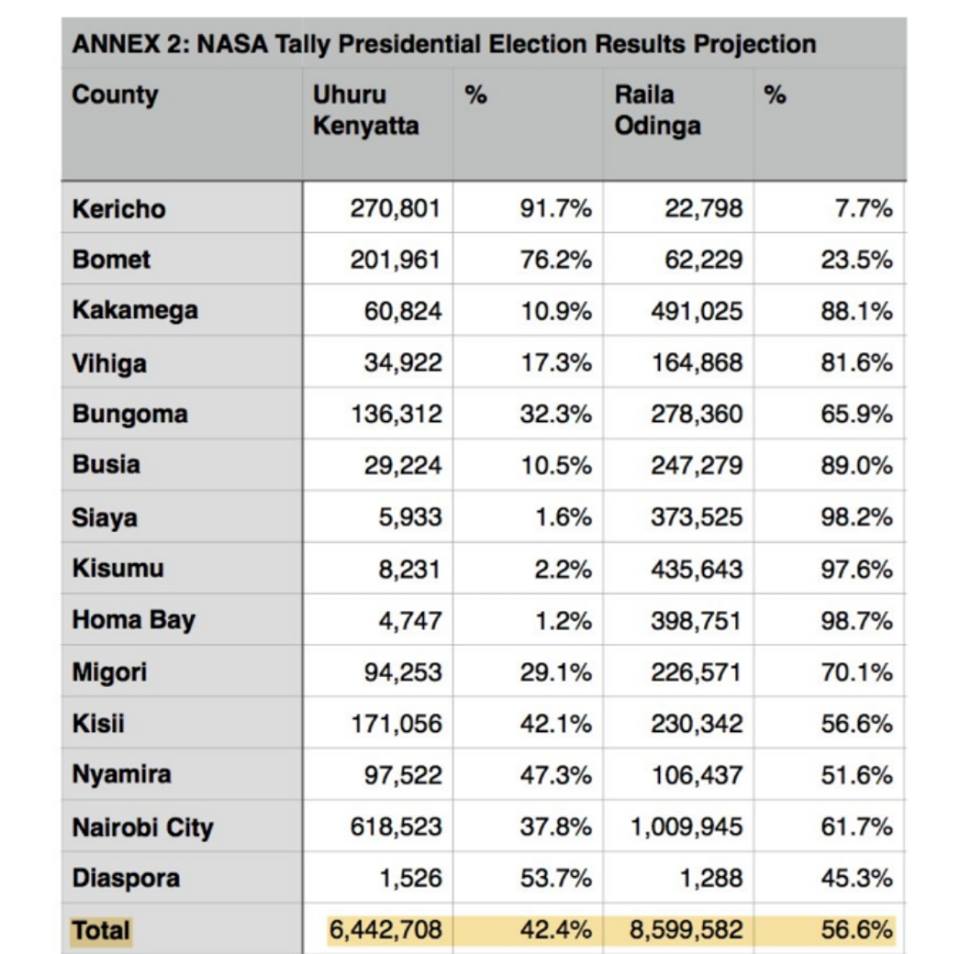 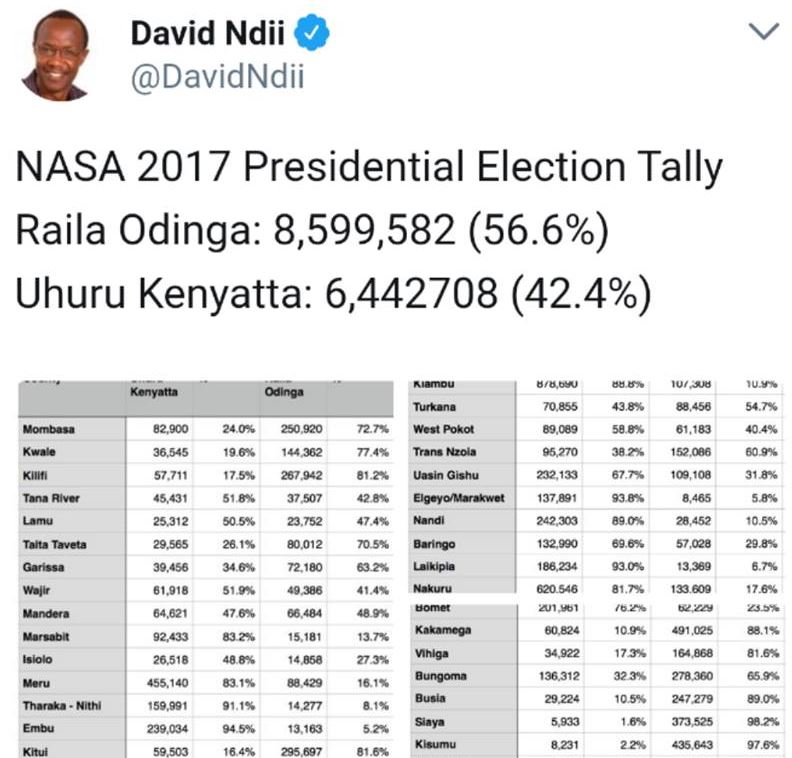 A few hours later, David Ndii deleted the tweet, which aroused my interest. Screenshots had already been taken, so I decided to examine the figures closely. The first thing I noted was that Samburu County is missing from the list. But that can be an oversight.

What about Bungoma? From Nasa’s own tallying centre, Uhuru received more votes in Bungoma than what IEBC actually gave him. The official figures only had Uhuru at 30% in Bungoma, while David Ndii’s figures have him at 32%. Well, that’s not supposed to happen.

Nairobi too looked a bit suspicious to me. The race was predicted to be close in the capital, but Nasa figures have Raila way ahead. IEBC had Raila at 51% and Uhuru at 48%.

Apart from that, most other counties don’t differ much from the IEBC figures. How then is Raila at 56.6% and Uhuru at 42.4%?

Well, David Ndii perhaps needs a mathematics refresher course. I copied the numbers on a spreadsheet, and the results reveal exactly why Dr. Ndii deleted the tweet.

From Nasa’s own numbers, Uhuru Kenyatta was actually ahead of Raila Odinga. The final percentage stands at Uhuru – 51.7%, Raila – 48.3%.

Here’s the accurate arithmetic from the figures posted by David Ndii. 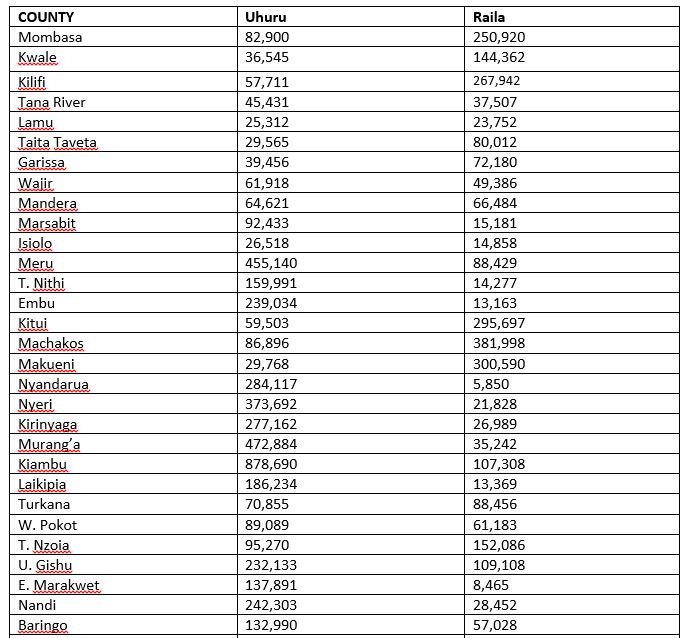 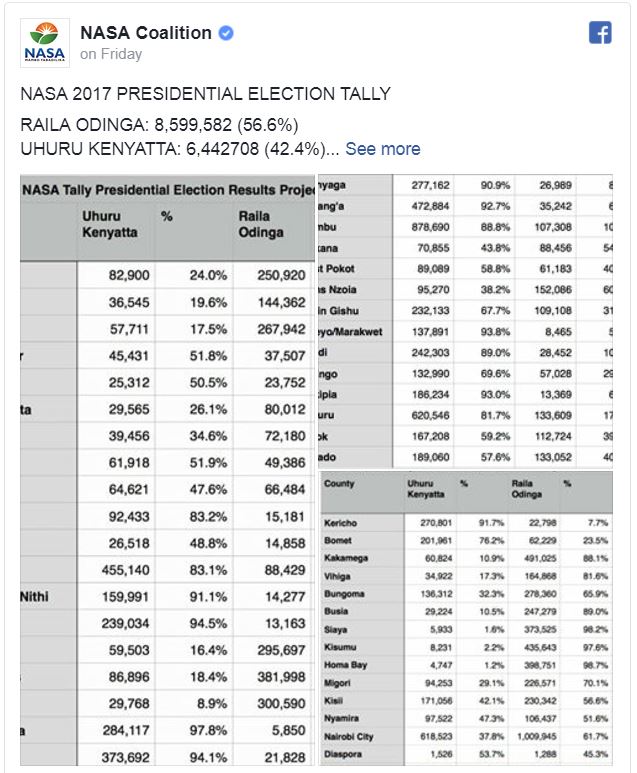 The same numbers were posted by Nasa official Facebook page, and remain online even at the time of this writing.

Kathy Kiuna speaks on her husband’s alleged infidelity and impregnating his...