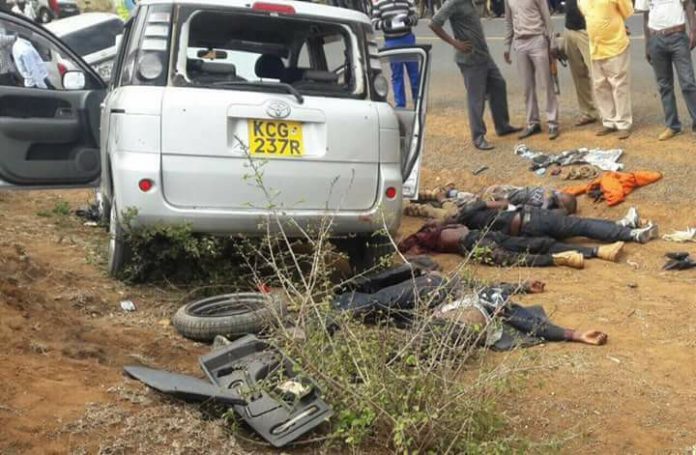 Flying squad earlier today gunned down 7 heavily armed robbers at Makutano near Mewa, along Nairobi-Nyeri highway. The 7 were traveling in a stolen Toyoya salon with number plates KCG 237R.

The police shot the back tire causing the car to hit a ditch, the area did not have pedestrians. According to witnesses some of the occupants inside the car started firing at the police. The police who were at an advantage shot back, gunning down the seven on the spot.

Flying Squad officers had also set up a road block at Rukanga and the suspects realized they had been cornered. They managed to recover several weapons.

Also in their possession was weed, some already smoked. 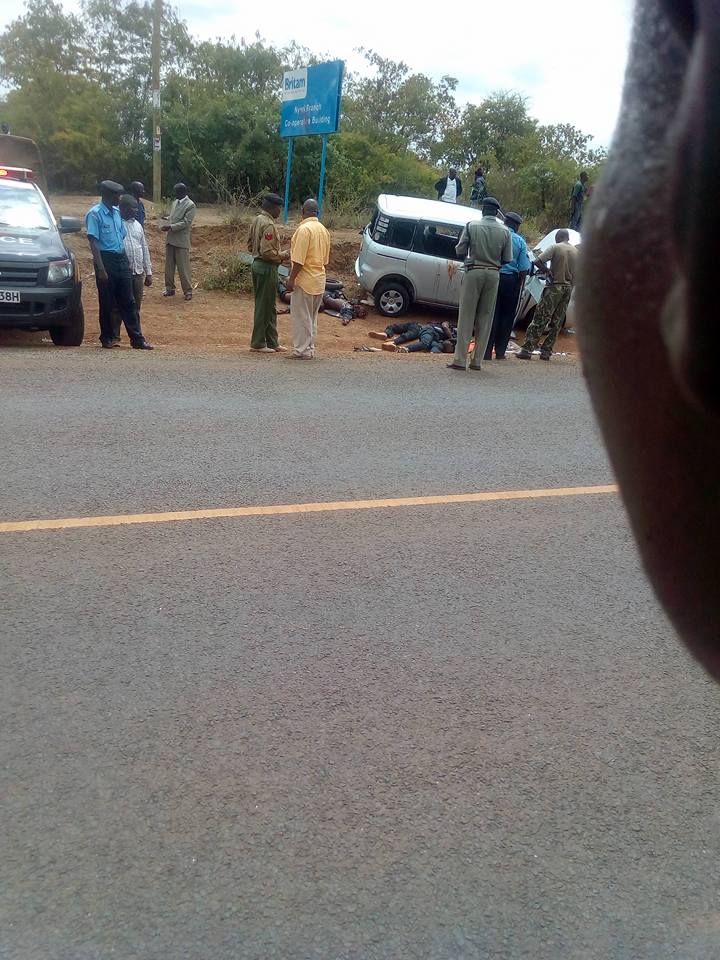 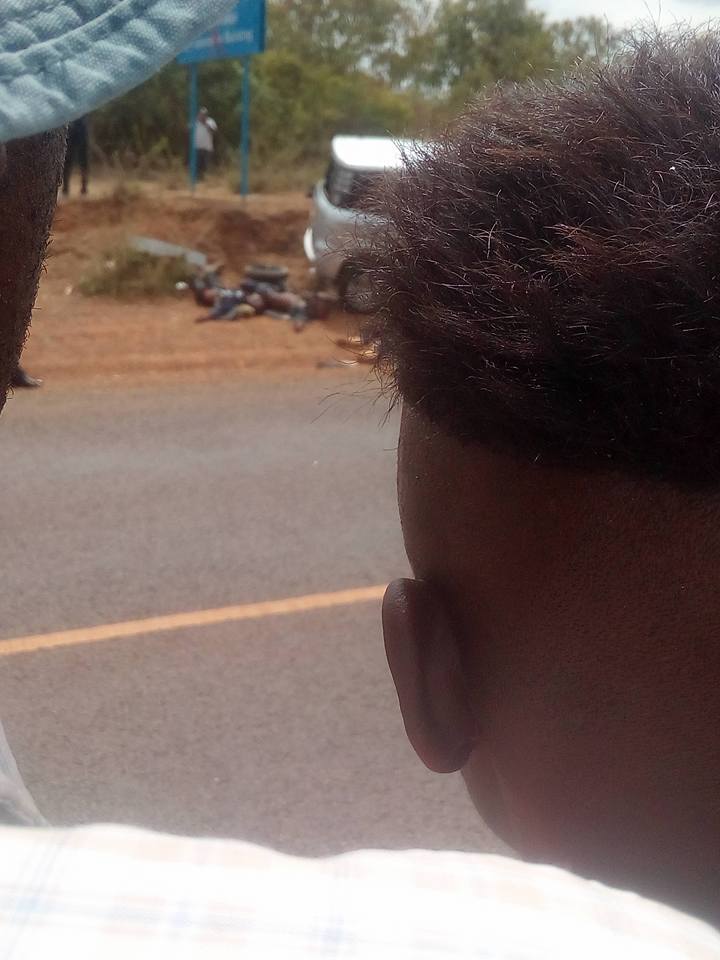 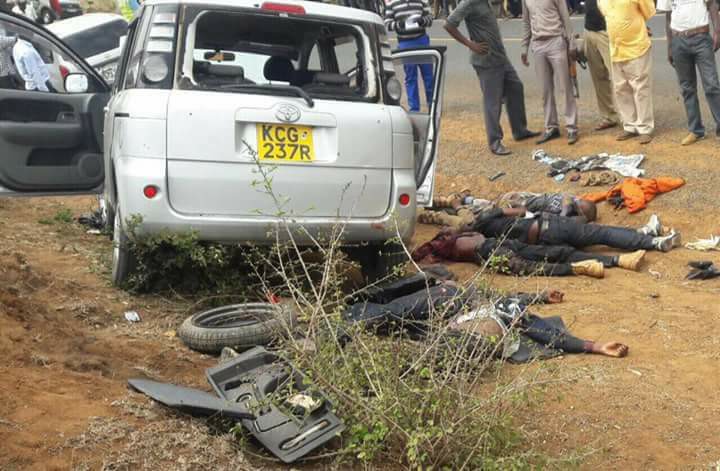 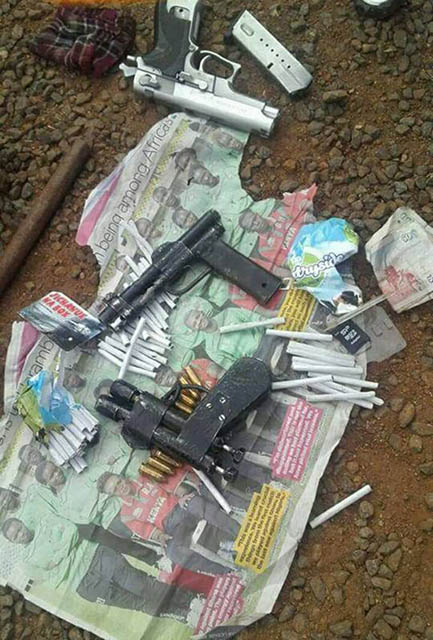 Jacque Maribe’s New Boyfriend Arrested For the brutal murder of 28...

Kenyan Wanted by the FBI in USA, Considered Armed and Dangerous...