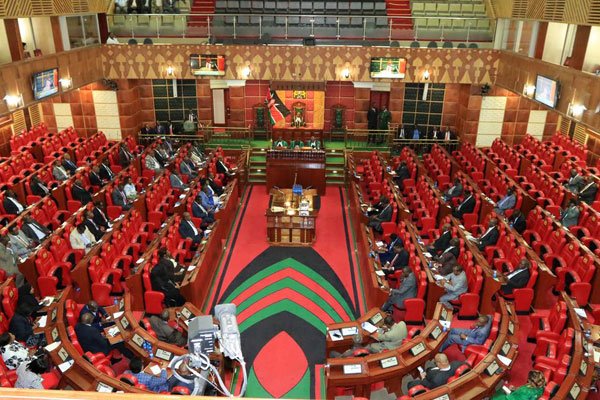 This morning the National Assembly has passed the Bill to amend Election Laws. The bill now Bill proceeds to Senate which is expected to pass it also before getting the presidential signature.

The contentious Elections Amendment bill was on Wednesday morning passed by Jubilee legislators, backed by the government.

The bill stated among other things that the burden of proof should the election be contested will lie solely on the petitioner, that returning officers will be required to sign the forms 34B or face a five year jail term. The amendments also stated that should there be a dispute between the manual and electronic transmission of results, the manual results will be superior.

The parliamentary select committee did however drop a few clauses including one where the IEBC chair was not required to have qualifications equal to those of a Supreme Court judge.

Also dropped was the reduction of the quorum from five to three and delegating the Chair’s roles to his deputy or other commissioners.

The Jubilee affiliated MPs have said that the amendments will mend all the loopholes before the fresh elections are held.

Leader of Majority, Aden Duale has said that the amendments are noble.

The opposition legislators have said the laws are draconian in nature hence their boycotting the house proceedings.

President Uhuru Kenyatta is expected to sign the bill into law before the end of the week.

Larry Asego Has Been Working Out and Kenyans Can’t Believe How...