After months of power struggle and internal wrangles within ANC, the Military is tipped to have taken charge in Zimbabwe.

An exclusive video shows Military vehicles this evening moving towards Zimbabwe’s capital of Harare hours after Military Chief General Constantino Chiwenga threatened “intervene” flowing the sacking of Vice-President Emmerson Mnangagwa who has since fled into exile. 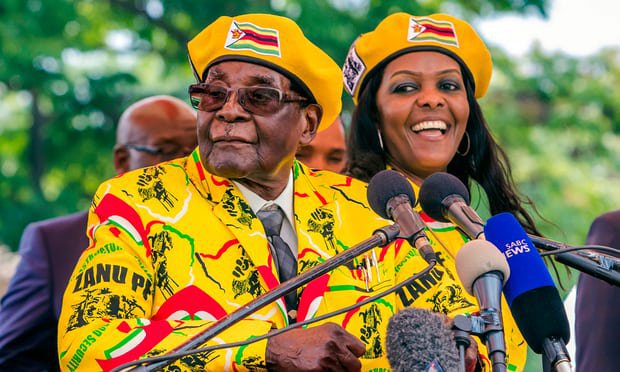 “We must remind those behind the current treacherous shenanigans that when it comes to matters of protecting our revolution, the military will not hesitate to step in,” General Chiwenga told Media at the Military headquarters

Mnangagwa was dismissed and humiliated a week earlier after publicly clashing with President Robert Mugabe’s wife, Grace 52, who is now in prime position to succeed her 93-year-old husband.

The sacking backed by Mrs. Mugabe sponsored ANC Youth wing poised her as second in command and a possible head after the nonagenarian politician.

The 75-year-old former vice-president is said to be behind the “Military intervention” owing to his powerful military connections, having served as defense and state security minister.

Mnangagwa – whose nickname is the Crocodile – launched a direct challenge to Mugabe by calling for members of the ruling party to desert the president adding that “the party was not personal property for you and your wife to do as you please”.

SAD; Before shooting his girlfriend 53 times, Recce officer sent his...