As part of Merck Foundation STEM Program for Women and Youth, Merck Foundation plans to conduct the 3rd edition of their annual “UNESCO-Merck Africa Research Summit” on the 28th and 29th of November 2017 in partnership with Government of Mauritius under the patronage of the Head of State of The Republic of Mauritius, H.E. Dr. Ameenah Gurib-Fakim, UNESCO, African Union and African Governments.

Speaking on Merck’s support for the UNESCO-MARS Prof. Frank Stangenberg-Haverkamp, Chairman of Executive Board and Family Board of E.Merck KG emphasizes: “We are keen to support young gifted researchers by passing on the knowledge and experience we have gathered over the 340 years of Merck history. Through our “Merck STEM Program” we aim to advance capacity in young researchers and promote young gifted scientists, to teach them the cutting edge of research in our R&D hubs and laboratories.”

“The annual Summit aims to contribute to building research capacity in the African research community, with a special focus on “The Role of Scientific Research in responding to Cancer and Vaccines Development – two emerging challenges in Africa”. The Summit will also showcase innovative research taking place in projects, programs and initiatives across African universities and the wider African research community,” said Dr. Rasha Kelej, Merck Foundation’s Chief Executive Officer. 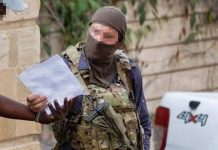 Here is the SAS hero who gave AL SHABAAB terrorists a hard time inside Dusit D2 hotel – He is more than a Commando... 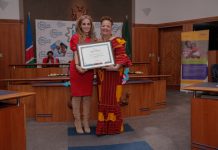 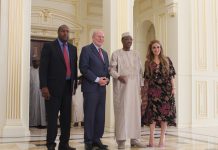