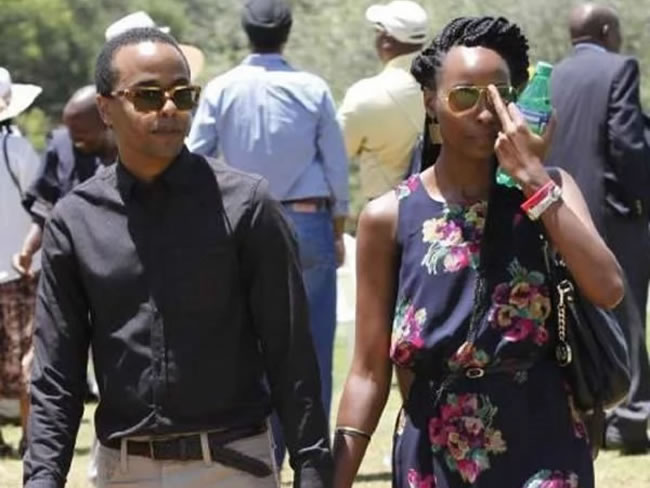 President Uhuru Kenyatta is a proud grandfather after his son, Jomo Kenyatta and his wife, Fiona Achola Ngobi welcomed a daughter, ‘Wanjiru.’

Ms Achola gave birth to their first born daughter on Sunday night at the Aga Khan Hospital through a cesarean section.

Achola and Jomo tied the knot in a Kikuyu traditional ceremony, ‘Ngurario,’ on October 22, 2016 her parent’s Miotioni home in Nairobi’s Karen estate.

Only last week, pictures of a heavily pregnant Achola rocked the internet. She was in the company of her husband and now grandmother, Mrs Margaret Kenyatta.

Achola Kenyatta is the granddaughter of the late Dr. William Odongo Omamo and niece to Defence Cabinet Secretary, Raychelle Omamo.

Grandfather Uhuru showed up at the hospital minutes after the baby was born and we are told he was very happy and was even dancing after he met her. He also took lots of selfies with the doctors and nurses.

There was heavy security at the hospital though there were no interruptions as Mrs. Kenyatta was in the VIP wing.

Citizen TV’s S3XY KAMBUA reveals why she doesn’t have children after...