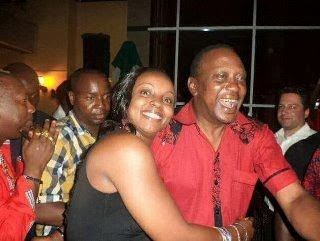 In the placard she said that her long time dream was to meet her father in person. She said her name was Tamara Risheel. 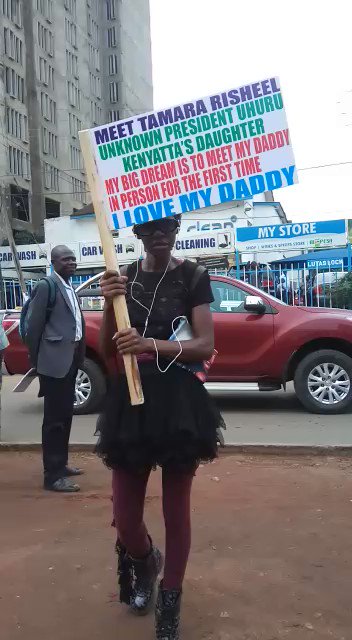 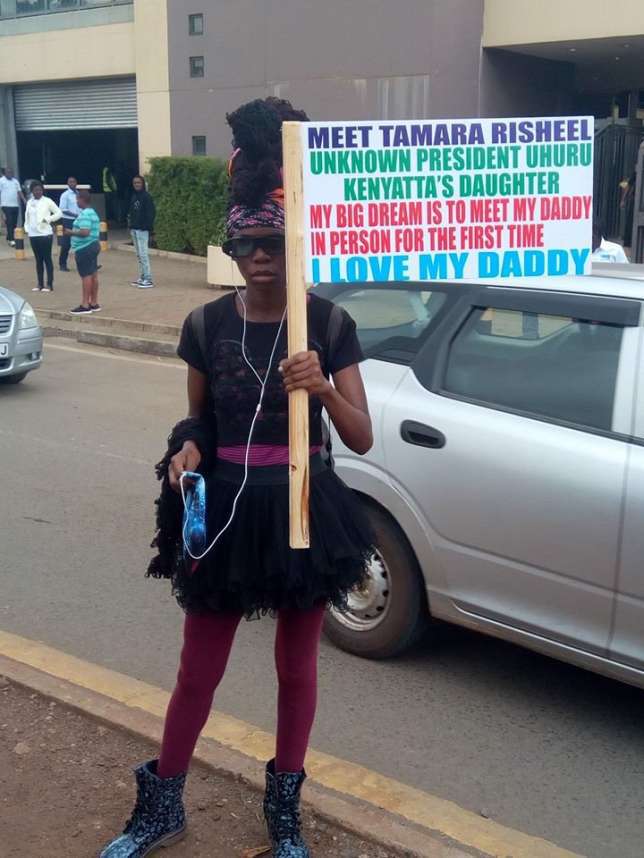 In the video the girl said that she loves her dad and that she was not pulling a publicity stunt.

President Kenyatta has three children who are publicly known.

This lady caused a stir at Yaya Centre when she waved a placard claiming that she is President Uhuru Kenyattta’s daughter.

DRAMA! VIDEO: Side chick shows up at lover’s wedding dressed in...