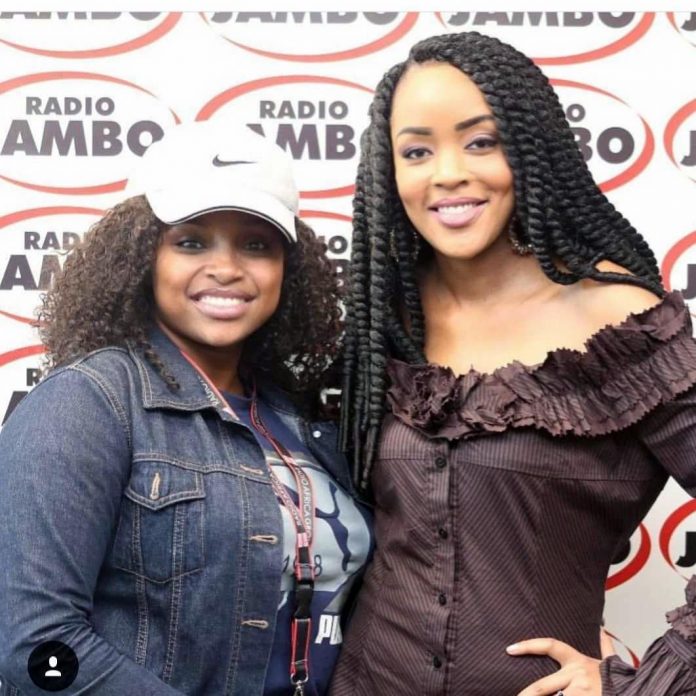 Sexy media personality, Joey Muthengi, doesn’t want to get married or have children.

The former Citizen TV anchor recently set tongues wagging when she hinted that she could be relocating to Italy to start a family with footballer McDonald Mariga.

However, she has since set the record straight claiming she was misquoted and that her relationship with Mariga is strictly work.

“For the record, there is no wedding between me and Mariga.

” There was no relationship with Mariga beyond work.” She said.

Speaking during a recent interview on a local radio, Joey revealed that she has no desire to get married and neither does she want to have kids.

When asked if she plans to settle down soon, she said: “I have been hurt a lot. I have chosen badly but I don’t blame them (my ex-boyfriends) because I made the choices to fall in love with them and they ended hurting me so bad.

“With that I choose to keep a distance. I am single and even don’t wish to get married,”

When pressed if she’s keen to have baby with a sperm donor, Joey who once dated popular hype man DNG said:

“They (kids) are good to play with, I can baby sit thereafter return to sender.”

PHOTOs of the rich Nigerian man who has married aging Kenyan...

MUST SEE: Who is who? Betty Kyalo’s look alike breaks the...