Curvaceous Anerlisa Muigai has hinted that she might be walking down the aisle soon, with her recently unveiled lovebird, Tanzanian singer Ben Pol.

In his hit song Sio Mbaya, which was dedicated to Ms Muigai, Ben Pol confessed that he loved her, saying he can’t and will never stop loving her. 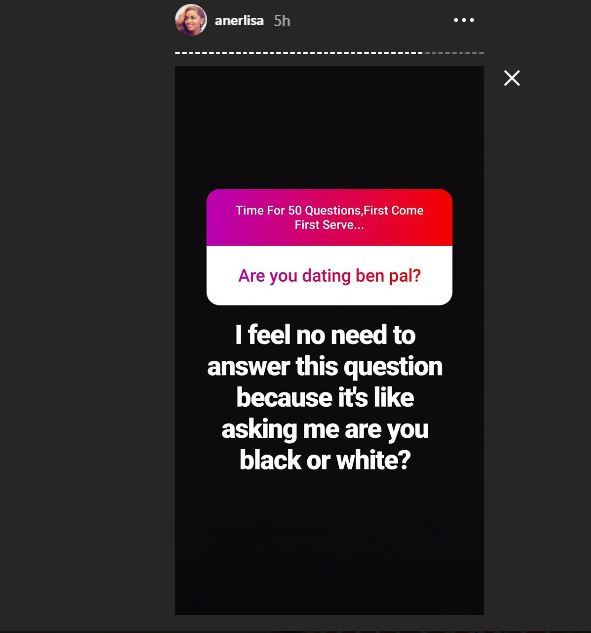 Ms Muigai revealed this in a a questions and answers session with her fans on Saturday.

‘Married of single” a fan posed.

In response, Ms Muigai said, “About to be somebody’s wife”.

It is also through the session she finally admitted to be dating Ben Pol.

UDAKU KE learns that Pol resides at Anerlisa’s home when he is in Nairobi, further clearing doubts that the two are an item.

Before Ben Pol, Ms Muigai was dating Ben Kangangi, a man they unceremoniously part ways after borrowing Ksh19.9 million for him.

Ms Muigai, the daughter of Keroche Breweries director Tabitha Karanja, in 2015 borrowed the money on diverse dates from Dennis Mwangeka, the director of a non-deposit taking microfinance outfit, on behalf of her then flame, businessman Ben Kangangi.

On September 9, 2015 she further borrowed Ksh5.5 million which she said was for clearing goods at the port of Mombasa. She was to pay a 10 per cent interest, or Ksh6 million, after a week, but upon maturity, she borrowed a further Ksh4.2 million, arguing the goods had accrued demurrage charges which needed clearing.

Photos of the Lady that has Cost Senator Mutula Kilonzo 10Million

How JONATHAN MOI raped and killed my only daughter – let...