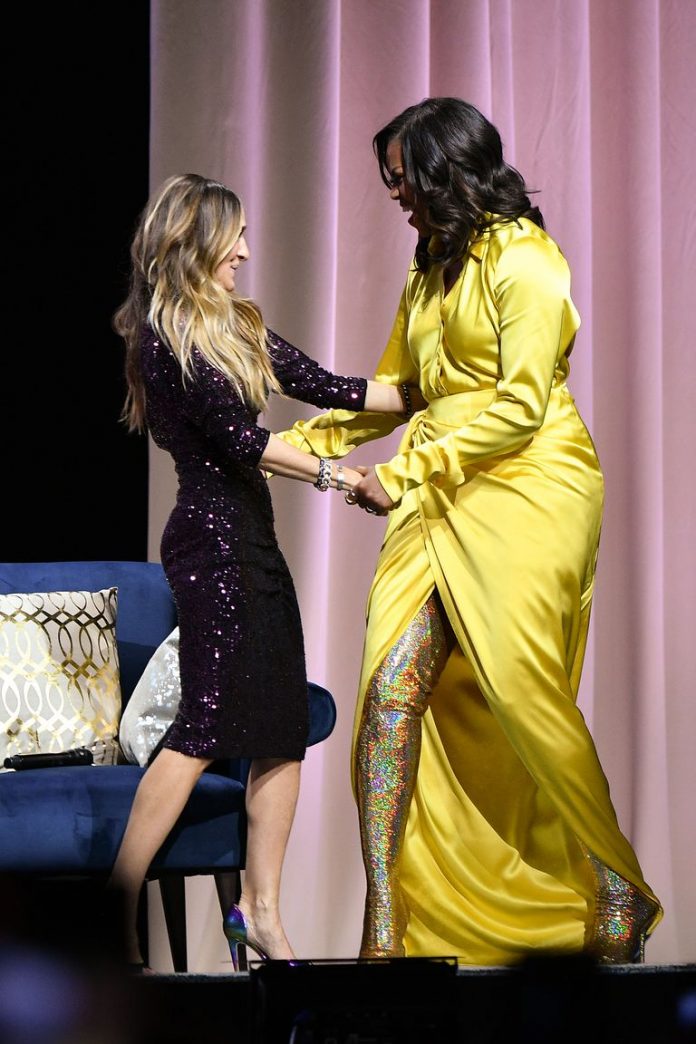 Michelle Obama has made her way around the United States for the first leg of the book tour for her memoir Becoming. But despite sharing numerous moving anecdotes about growing up in Chicago and eventually landing in the role of first lady, people seem to be most inspired by the impeccable sense of style she displayed on her last stop in Brooklyn on Wednesday.

Taking the stage with fashion icon Sarah Jessica Parker, Obama looked majestic in an all-gold look by Balenciaga, which featured the thigh-high boots of everyone’s dreams. The Kenya Shilling Ksk400,000 pair of sequined metallic boots made the former first lady’s legs look never-ending beneath her silk dress, and have quickly made it onto the holiday wish lists of people across the country.

Michelle Obama and these boots ain’t playing with y’all 🙌🏾 pic.twitter.com/3W3yRfbXkp