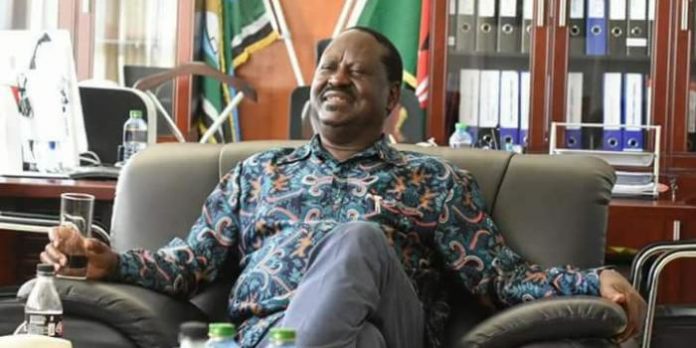 Former Prime Minister Raila Odinga, through his Orange Democratic Movement (ODM) party, has finally been awarded a Ksh4 billion fortune by the Court of Appeal.

Raila’s party had been involved in a court battle with Parliament following arrears that date back to 2011.

ODM filed a suit claiming that the state owed it the money in a stretch of four years from 2011 to 2016 and was demanding members of parliament to settle all of it.

The party further argued that out of the set payout, it had only received Ksh100 million.

In a majority ruling, Justices Otieno Odek and Daniel Musinga, of the three-judge bench ordered members of Parliament to settle the arrears.

“The appellant is entitled in arrears to all monies due pursuant to Section 25(1)(a) of the Political Parties Act from the financial year subsequent the effective date of the Act i.e. arrears from the 2012/13 financial year,” they ruled.

However, Justice Erastus Githinji, had a dissenting opinion, arguing that ODM failed to lodge claims for the money in successive financial years.

He added that the complaint came way too late and that the finances could not be ascertained.

“It is clear from the foregoing that the appellant and its Members of National Assembly had an opportunity in each of the five financial years to make a recommendation or even lobby for the appropriation of sufficient funds for the Political Parties Fund. The law serves the vigilant and acquiescence may amount to a waiver of statutory rights,” ruled Githinji.

Either way, Raila and his ODM party are now 4 billion richer thanks to the Court of Appeal even as they set their eyes on the 2022 Presidency.