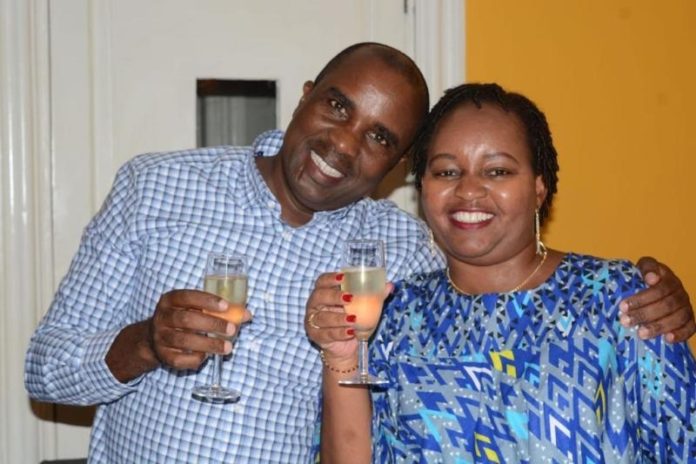 On Saturday, Kirinyaga Governor, Ann Waiguru, married city lawyer, Kamotho Waiganjo, in a traditional wedding that was attended by who is who in the political circles including President Uhuru Kenyatta  and Raila Odinga.

This is Kamotho’s second marriage after he divorced his first wife.

Kamotho’s first wife is identified as, Lorna Seneiya, a Nairobi based publishing consultant and journalist.

She studied French and economics at the University of Nairobi and holds a master’s degree in development studies from St Paul’s University.

In 2017,  she won a Spain based book award for indigenous language work in the world.
Lorna Seneiya Sempele took the honours at the third International Language (Auto) biography Award recently for her autobiographical work in Maasai language.

The book, Osaei Okuso Laitaan yanyukie Enkutuk Ang’o’lmaasai (The Beautiful Bead Necklace of My Mother Tongue), is Sempele’s first published work, which celebrates and seeks to preserve the linguistic and cultural beauty of her Maa language.

The award is organised by a consortium of Spanish institutions, among them the Vives Network of Catalan Universities, Aurelia Figuras Foundation, and the Research Group on Endangered Languages of the University of Barcelona.

When she was married to Kamotho, they were blessed with two kids.

Check out her photos.