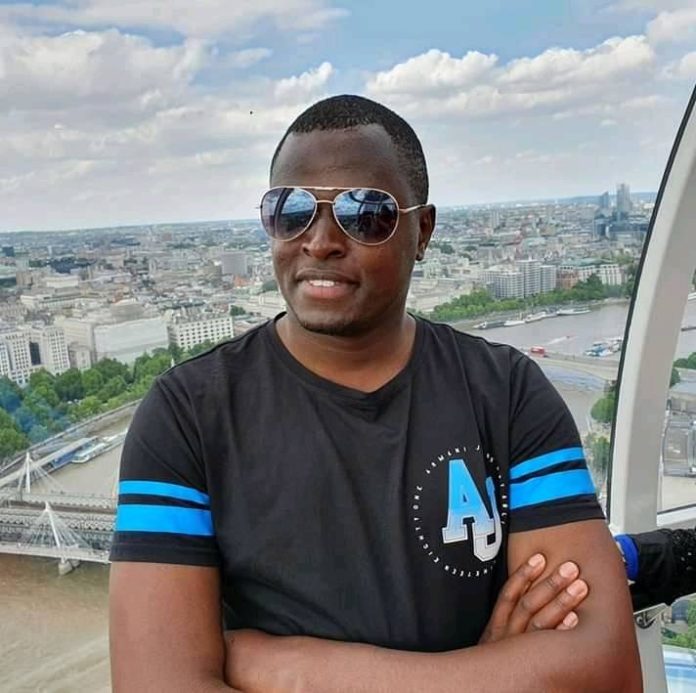 Ndindi Nyoro Net Worth: The first thing that strikes you when you meet Ndindi Nyoro,the MP for Kiharu, is his sharp acumen for anything business. The soft spoken youth has risen from the woods to become a successful businessman in Kenya. He owns three booming companies which by 2014 were fast closing in on the Sh. 100 million mark in worth, and is currently preparing to launch his fourth venture.

“I always wanted to be a successful businessman,” says Nyoro.

His road to entrepreneurial success has been long and winding. It is a journey that started in 1997, then, a Standard Six pupil at Gathukeini Primary School, Murang’a County. Mr Nyoro says he build a kiosk outside their home. The kiosk, however, did not last long.

“My dad bought the whole stock and ordered me to demolish it and instead concentrate on my studies.”

In school, the last born in a family of four liked studying business. It challenged him to do something that would earn him a living, he told Money.

In 2000, he joined Kiambugi High School, where he revived his entrepreneurial spirit. Rather than spend all his Sh200 pocket money, he would often buy sweets and biscuits and sell them at a higher price, he said.

He would then lend the cash earned to fellow students at 50 per cent interest rate.

“I got this sense that I could succeed. If at all I could make Sh1,000 to Sh2,000 selling sweets and biscuits, then, I would do much better with a higher capital investment.”

As his income grew, he began saving in a piggy bank — at home.

“My family was not for the idea of me doing business. They encouraged me to study and get a ‘decent’ job. Deep down, I knew that I did not want to be employed. I wanted to employ.”

In 2005, he joined Kenyatta University to pursue a degree in economics.

“I was sure that doing a course that was closely related to business would develop my interest and hone my skills.”

In his first year of study, he opened a restaurant in Kenyatta University.

“My dad who worked as carpenter in Kiandutu slums, Thika, had died and I wanted to support my mother,” he says. Unfortunately, the restaurant did not pick up and in his second year, he decided to try his hand in something else.

“Business went from bad to worse. I could hardly meet the cost of running the restaurant. I had to close it down. I opted for temporary job and began working for a stock broker,” he says.

His stint as a stockbroker would see him develop a keen interest in the stock exchange business.

“I learned a lot about stock trading. There were unexploited opportunities. Competition was not very high.”

Working with the stock broker provided Mr Nyoro with a good platform to launch his own shares trading firm. And in what looked like an entrepreneurial ‘suicide mission’ among his friends who knew of his failed ventures, he launched StockBridge Securities.

But as a student, he struggled juggling between class and running the startup, he notes. However, balancing between the two was not the only challenge. He lacked reliable Internet connection at his new firm: “It really affected my business. Many transactions failed to be executed on time.”

Rather than change his Internet provider as many businesses would do, Mr Nyoro, who is yet to start a family, began considering starting his Internet service provision company.

“I carried out a survey in Thika town and realized that many other businesses were having the same problem. I saw this as a perfect opportunity to start my own ISP”

He says that having experienced first-hand how poor Internet provision was negatively affecting businesses, he was certain that his venture would not fail.

“I was aware what customers were looking for.”

In 2010, he started Afrisec Telecoms, a dealer with Kenya Data Networks, to trade in Internet provision and general information technology and communication services. By 2014, he had pumped over Sh4 million into the company. And using the global formula of valuing ISPs, his firm was worth about Sh. 50 million.

However, he has since left Stockbridge Securities.

“I could not continue with Stockbridge after starting Investax Capital because of conflict of interest. Stockbridge was operating under Dyer and Blair Investment Bank Ltd and Investax under the CFC Stanbic Bank. I left it freely to a friend and partner who now runs it as his own.”

In May last year, he partnered with one of his friends to start Investax Capital, a stock broking agency, where he employs nine workers.

“A friend of mine got an opportunity to be a major agent for the CFC Stanbic Financial Services Ltd. Unfortunately, he did not have enough capital to push it through, and I came in as a partner.”

In the deal, Mr Nyoro pumped in Sh3 million to get a 50 per cent stake in the firm. The investment is now worth about Sh25 million, he says.

“We’re now the biggest stockbroker agency in Kenya,” he says. Investax has offices in Nairobi, Nakuru and Naivasha with plans to open more branches currently underway.

In the next few months, the entrepreneur says he is going to launch a new company, Telesec Africa, to deal with construction, civil works, water engineering and drilling.

“I am equal to the challenge. I believe that to be successful in business, you must learn to concentrate then expand after growing in a certain line of business. I learned this from the kiosk, restaurant and cyber café businesses which failed to pick.”

Interestingly, all his staff are his age mates, this allows him to relate with them as friends.

“I always tell my employees to learn to do business within my business. I do not want them to forever remain my employees. I want them to go out there and venture into business, succeed and become employers, too.”

While a good business cannot survive without the employee’s input, he challenges the young people to start their own firms.

NTV fires Ken Mijungu; The axe fell and I was...

ATWOLI left with a rotten egg on his face after being...