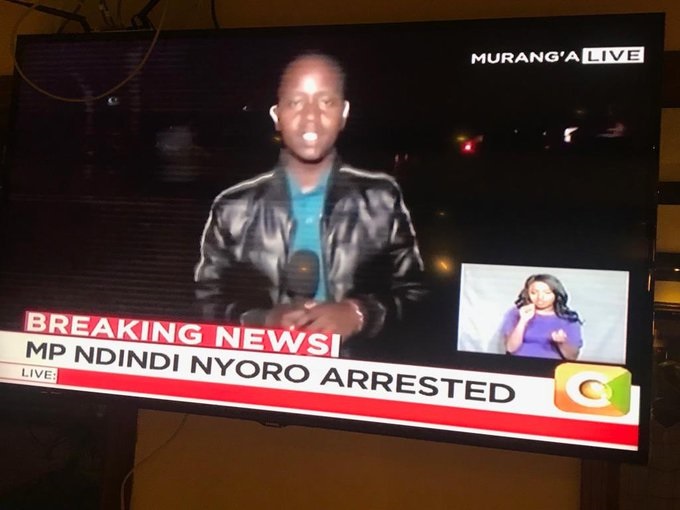 Senior Citizen TV journalists, Francis Gachuri and Yvonne Okwara, have come out to support a junior reporter who embarrassed himself while reporting the arrest of Kiharu MP Ndindi Nyoro.

The reporter by the name Victor Kinuthia was called upon to give a live report of the events from Muranga immediately after the outspoken MP was arrested and he fumbled throughout the live link.

Kenyans took to social media to troll the Inooro reporter wondering how he got the job given that he could barely express himself.

However, two senior journalists in Yvonne Okwara and Francis Gachuri came to his  defense stating it was his first time to cover breaking news and promised to help him get better.

“It was his first time. He will get better with time.

“We all start somewhere. We will train him,” Okwara remarked.

On his part, Gachuri wrote:

Is KTN’s Betty Kyallo losing too much weight. See why everyone...