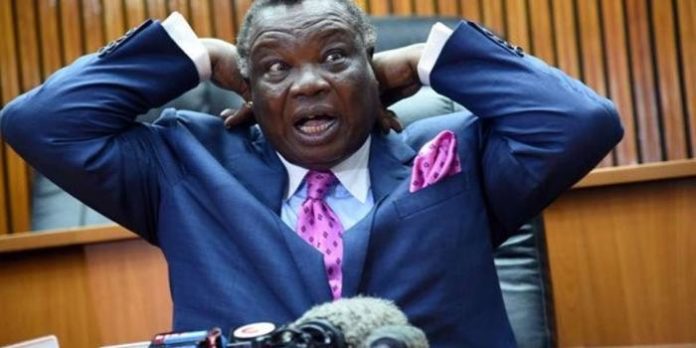 COTU Secretary-General Francis Atwoli lost an influential board membership position at National Bank of Kenya after the Kenya Commercial Bank’s (KCB) acquisition of the troubled bank from the government.

Atwoli has been a board member of the bank since April 2003, where he represented workers’ interests in the bank, having been appointed to occupy one of the National Social Security Fund’s two positions on the board.

Atwoli’s exit came at a time when KCB announced that it was making the necessary changes in order to “streamline human resources, systems, processes and procedures” to restore the troubled lender to full functional capacity.

The bank had injected new blood into the vacated positions by appointing Julius Karangi, the NSSF board of trustees chairman and former KDF boss, and Treasury’s acting director-general in charge of public investments and portfolio Stanley Kamau to its board of directors.

Also shown the door alongside Atwoli was the Former NBK Board chairman Mohamed Abdirahman Hassan, who was replaced by John Nyerere, a member of the KCB Group board.

KCB Group chairman Andrew Wambari Kairu stated that the decision to make changes in NBK’s governance was needed in order to restore the troubled bank to its former glory.

NTV fires Ken Mijungu; The axe fell and I was...

How Ndindi Nyoro built his business empire and millions in wealth