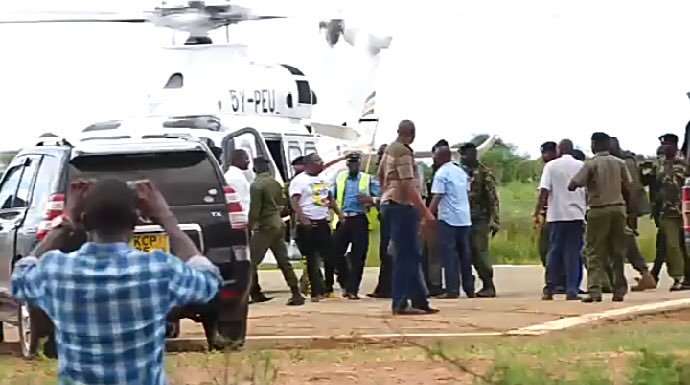 Detectives from Directorate of Criminal Investigations (DCI) have explained how they arrested Nairobi Governor, Mike Sonko, who was escaping to Mombasa to evade his arrest.

When Sonko learnt of impending arrest, he took his vehicle and started a 5 hour journey from Nairobi to Mombasa.

What the flamboyant failed to know is that Flying Squad officers were on his tail even before the DPP issued an arrest warrant.

“We were on his toes and our boss told us to arrest him once he reaches Voi,”’ said one of the flying Squad officers who requested anonymity.

The officer said once he was arrested DCI sent a chopper to fly the governor to Nairobi where he will answer charges of corruption and embezzling public funds.

Chronicles of Hessy Wa Dandora; This are the thugs he has...

No, I will not forgive your ignorance Nyakundi – Radio queen...