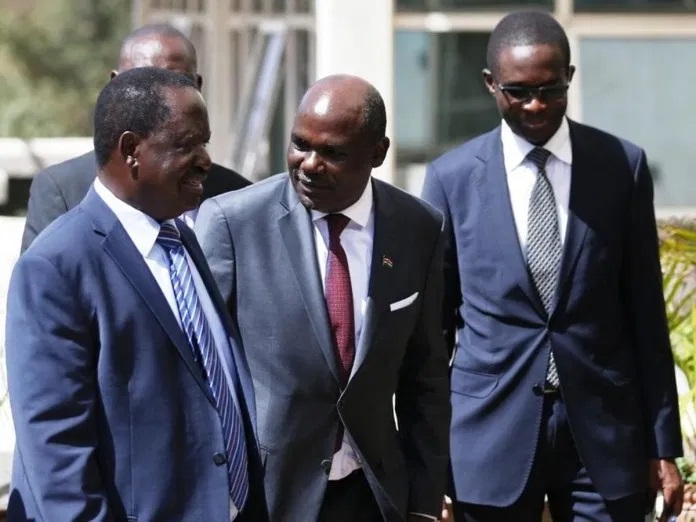 President Uhuru Kenyatta and ODM leader, Raila Odinga, have taken the war to the Independent Electoral and Boundaries Commission (IEBC) and are planning to effect radical changes at the agency ahead of 2022.

According to highly placed sources, Uhuru and Raila have settled on Justice Lenaola due to his sterling performance at the Judiciary and principled leadership.

The other aspect is that his image among the international community has earned him accolades.

Lenaola, who was born in December 1967 in Samburu County, was the presiding judge of the Constitution and Human Rights Division of the High Court and Deputy Principal Judge of the East Africa Court of Justice before joining the Supreme Court.

He was among the Supreme Court judges that nullified Uhuru’s 2017 win.

It is not clear whether Chebukati will voluntarily resign or will be forced out but there have been calls for his removal due to poor performance.

Wreckage of the Fly SAX plane that crashed at the Aberdares...