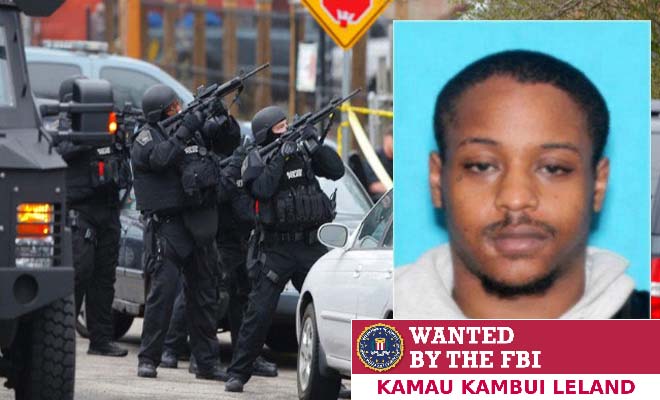 In a statement released by The Federal Bureau of Investigation (FBI) which is the domestic intelligence and security service of the United States, which simultaneously serves as the nation’s prime federal law enforcement agency; announced that a Kenyan born American known as Kamau Kambui Carnal is wanted for trafficking charges.

They have also offered a reward of USD 10,000 slightly over 1 millions Kenya shillings.

See details from their statement
Aliases:

The FBI is offering a reward of up to $10,000 for information leading to the arrest and conviction of Kamau Kambui Leland Curnal.
Remarks:

Curnal is known to carry weapons and has displayed violence towards law enforcement.
Caution:

On July 27, 2016, a federal grand jury in Oregon indicted Kamau Kambui Leland Curnal on one count of sex trafficking and one count of transportation of a minor for purposes of prostitution. On July 28, 2016, the government obtained a federal arrest warrant for Curnal. It is alleged that in May of 2016, Curnal drove a minor from Portland, Oregon, to the Seattle, Washington, area as part of a sex trafficking operation.

Photos of the 20 year old JKUAT student found dead in...

Chronicles of Hessy Wa Dandora; This are the thugs he has...