Ruth Kamande, the lady on trial for the gruesome murder of her boyfriend, Farid Mohammed, confessed to stabbing him 22 times with a kitchen knife on September 20, 2015.

The 24-year old lady told Justice Jessie Lessit that she stabbed her boyfriend in self-defence after he tried to kill her. 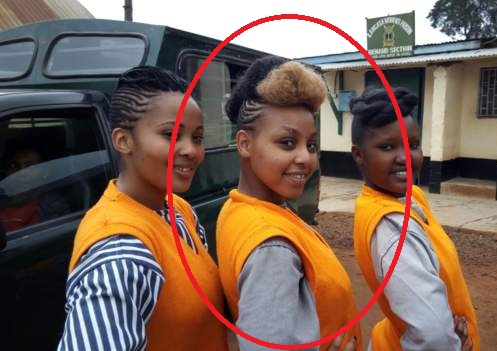 According to the accused, she discovered that her boyfriend was infected with H!V and when she tried to question him, hell broke loose.

“Farid told me that he would rather kill me and himself than have his status exposed.”

“I stabbed him severally using a kitchen knife, which fell on my chest from his hands after I overpowered him after putting my two thumbs in his eyes to save my life,” Kamande said.

“Your honour, it pained me to know that the person who l loved and trusted so much was to ruin my life by infecting me”

She revealed that Mohammed had insisted on having s*x with her without protection the night before.

She said investigating officers who rushed her to Metropolitan Hospital and later KNH, where she was given post-exposure prophylaxis saved her from getting infected.

She also denied stabbing herself to cover up.

Lionel Messi and his father Jorge Messi to spend months in...

Baby number 3 on the WAY! See how heavy Wahu has...