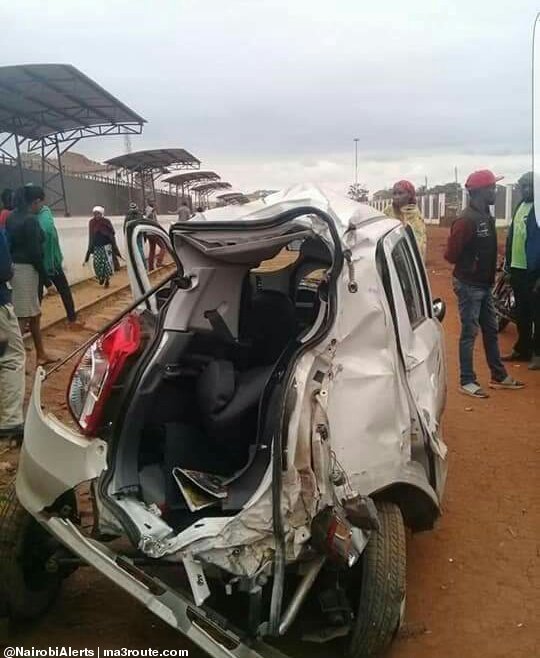 This has been revealed after a number of the cars were totally damaged after being involved in accidents, most of them killing all the occupants.

The SZ2 and SZ3-spec cars only come with two airbags as standard and the owners have to upgrade to the top-of-the-range SZ4 model to get the side and curtain airbags, which come as standard on most other cars these days.

Electronic stability control, another very common safety feature, was also only standard on the top-spec SZ4, and not available on the Uber Chap Chap models.

The bodies of the are said to be weak, unable to withstand small external forces.

A safety report by Euroncap states that structures in the dashboard presented a risk of
injury to the knees and femurs of both the driver and passenger, in case of an accident.

In the side barrier test, protection of the chest was marginal. Protection against whiplash injuries in rear impacts was also rated as marginal.

In response to Euro NCAP’s new rating scheme, Suzuki have decided to make electronic stability control an option on all variants of the Alto and standard on some.

Sales of ESC as standard equipment are not expected to meet Euro NCAP’s requirements for the full three points to be awarded but are sufficient to gain the car an additional point for this area of assessment, justifying the three points out of five awarded to the model.

According to European car website Car Buyer, the car is far much below the required safety standards, and cannot be trusted to be on any road.

“There was no escaping the fact that the Suzuki Alto came up short for safety. Even when it was on sale, a five-star Euro NCAP safety rating was so common that a car receiving just four stars was enough to raise eyebrows. So that means it’s particularly disappointing that the Alto only managed to score three stars,” states the website.

Here are some accident photos:-

Another horrific accident!! Seven members of a single family, have been...