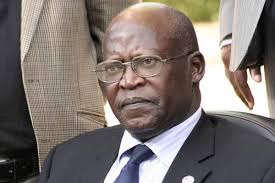 In the affidavit, Geoffrey Kiplagat, a former KASS FM presenter,  alleged that Justice Tonui received Ksh 202 million from Nairobi Governor Dr. Evans Kidero to rule in his favour in an election petition filed by the now Kabete MP Ferdinand Waititu.

Waititu had moved to court seeking to challenge IEBC’s declaration announcing Kidero as Nairobi Governor after garnering 692,483 votes against Waititu’s 617,839.

Addressing the press on Monday, Mutunga said that investigations into the report are complete and will be presented to a special sitting of the Judicial Service Commission (JSC) on Wednesday for relevant action in accordance with the law.

“I received a complaint against a Supreme Court Judge by way of a sworn affidavit in November 2015 and ordered that thorough investigations be carried out according to our internal protocols including cross-checking the contents of the sworn affidavit with other government agencies to verify the information contained therein,” he stated.

“That process is now complete and a report has been concluded. And as required by the Constitution and other relevant statutes, I will forward the report to the Judicial Service Commission and other government agencies including the EACC and the Director of Public Prosecutions (DPP).”

The CJ noted that he will stay firm on the fight against corruption as part of the Judiciary Transformation Program, saying he has so far taken disciplinary action against several judicial officers implicated in graft.

He pointed out that in his effort to tame corruption in the Judiciary, he has taken disciplinary measures against a number Judiciary officers and invited Ethics and Anti-Corruption Commission (EACC) to conduct lifestyle audits for judges, magistrates, judicial officers and staff.

“We are committed to running a clean Judiciary and any matter that is brought before us is investigated and acted on fairly without prejudice to individual rights or public interest.”

Kalonzo Musyoka does this after meeting this Lady