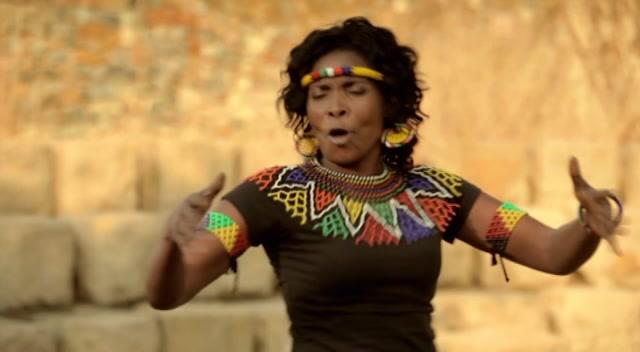 Tanzanian songbird Rose Muhando has been hospitalized after she was bitten by a snake on Wednesday, January 19th.

According to Tanzania’s Global Publishers, the Nibebe singer was attacked by a snake while she was entering through the gate of her compound in Dodoma. The reptile bit her on the leg.

Her neighbours immediately rushed her to a hospital in Dodoma’s Area C.

“I feel for Rose, she is going through a lot of challenges. It is just the other day her legs and arms swelled. She had not fully recovered from this swelling. Now her condition will worsen following the snake bite she suffered at her home,” said a source as quoted by the outlet.

Global Publishers reached out to Rose Muhando on phone, but the call was received by a man who introduced himself as Ms Muhando’s brother.

“The phone has been left here at home. My sister (Muhando) was rushed to an Area C hospital for emergency treatment after a snake bit her on the leg when she was entering the gate. The bite was severe, and the snake was very huge,” said the man.

In March 2015, the singer faced shocking allegations that she had terminated a seven-month’s pregnancy. Ms Muhando, however, came out to reveal that she lost the baby through legally procured abortion as “her life was in danger”.

It had been claimed that the abortion had been out of shame as the pregnancy was from an illicit affair with another gospel artiste.

The story created a major buzz across East Africa as Tanzania prohibits abortion and considers it a punishable crime that see offenders jailed for up to seven years.

Tanzanian media reported that the doctor advised the mother of three to terminate the pregnancy or lose her own life.

“I’m a mature God-fearing woman who is running a Ministry. I cannot procure an abortion. However, there are things beyond us,” said the acclaimed artiste who started her career as a choir teacher.

“I’m a mother of three children and a grown-up. At my age, why would I go for an abortion? Do I look like someone who does not love her life?”

“I was suffering from a strange disease that caused my legs to swell for three months. I will bring evidence from the doctor for you to understand that I’m not 18,” said the furious Muhando.

Muhando, 40, who is also the 2008 Kenya Groove Awards winner for the Best Female Gospel Artiste in Africa category, expressed her disappointment in the media for spreading the misleading reports.

She also denied allegations that she risked being jailed for the alleged abortion and blamed her woes on ‘enemies’ she created after dropping them off her team.

“I decided to get rid of some people from my team and that obviously did not go down well with some of them. They are now working very hard to kill my career and bring in new artistes who they can misuse.”

Moving: This is what President Uhuru Kenyatta told Big Kev in...

Here are some reactions from Kenyans on Njoki Chege Plagiarist claims...