Senator Mutula Kilonzo Junior made headlines a few weeks ago after a woman named Victoria Ndunge took him to court claiming that he has neglected his responsibilities as a father; she sired with him after their s3xual escapades.

Senator Mutula Kilonzo Jr has published this photo of him and his really seen beautiful wife. While we agree its lovely a few people are asking what the hand was doing.

This controversial senator has kept off scandals. 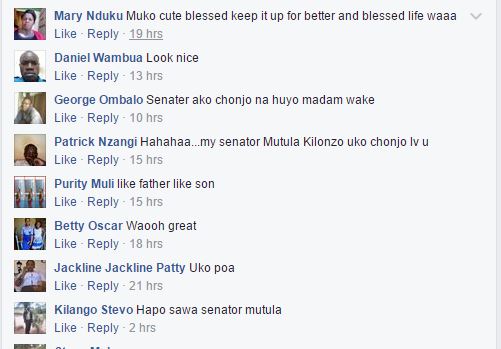 See PHOTOs of the lady who is demanding Ksh 25 Million from Speaker LUSAKA after he impregnated her and dumped her – This man...

For The First Time Ever, Citizen TV’s Joey Muthengi Shows Some...