KTN news anchor Betty Kyallo is known for her prowess in speed driving, something even her ex-husband noted back when the two were together.

Speaking to Drum Magazine, Dennis Okari had revealed how his now-ex-wife was involved in a road accident along Mombasa road at night while speeding.

Though she was not hurt, the sassy news anchor was hospitalized. Now, over the weekend, Betty spent her afternoon car racing with Chandaria industries CEO, Darshan Chandaria.

The multimillionaire CEO owns some of the most fastest, and expensive cars in the world.

He has a Porshe Cayenne, Mercedes Benz ML, series of BMW convertibles among others. This is one of the things that turns on our hottest news anchor and she is good with speed.

Betty was able to get a chance with the Chandaria CEO after hosting him on the Friday Briefing. 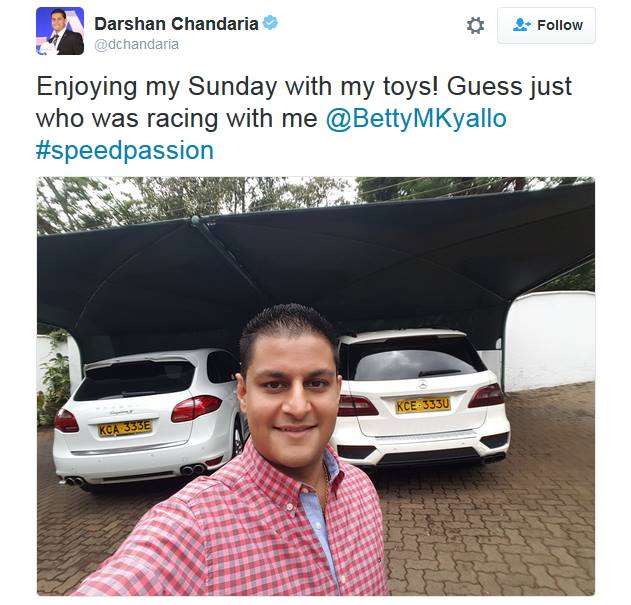 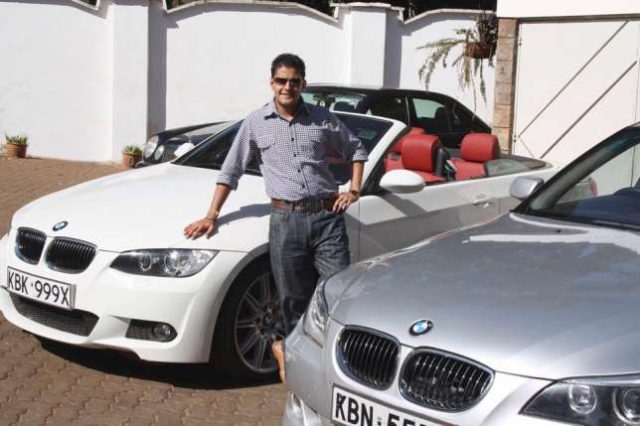 Wema Sepetu: Am not going back to Dar es Salaam