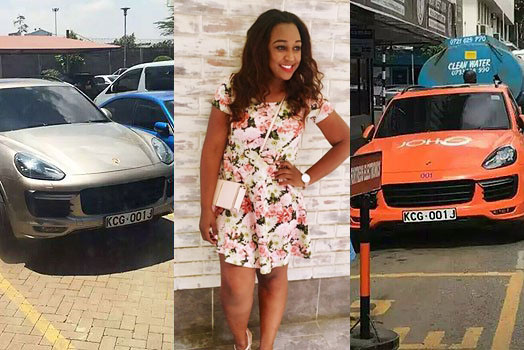 Sometimes in February this year, it was revealed that Betty Kyallo owned or rather cruised around the city with a Porsche Cayenne KCG 001J. This Kes 13 million Porsche Cayenne that caused a stir a while ago is now part of Hassan Joho’s campaign vehicles in Mombasa. After earlier revelations that the actual owner of the car was Governor Joho.

KTN news anchor Betty Kyallo has had to deal with trolls on social media following claims that a top-of-the-range vehicle she once drove had been confiscated by the owner.

More pictures of Citizen TV’s Kanze Dena and the Man who...

Allan And Kathy Kiuna Living The Life In Australia While You’re...

LOUIS OTIENO used to exploit LADIES S3XUALLY in the newsroom, I...