Dagorreti South Parliamentary aspirant, Edward Waithaka, who is popularly known as Honorable Wawa, a strong supporter of Jubilee who has been pushing for Uhuru-Ruto re-election , has been the talk on social media after a photo of him getting mushy with an unidentified woman emerged.

In the photo, the married politician is seen fondling the woman’s s3xy “thayos” as they enjoy a drink.

Waithaka accused his political opponents of tarnishing his name by circulating the photo on social media.

The woman is just a friend. I don’t know who is behind this though such things are expected when one is eyeing a political seat or may-be they are my ex-girlfriends or just jealous people”. He
said.

Another photo shows him having nice time with another hot lady and just like the other photo, he is touching her thighs. Waithaka bragged that he is a ladies man and said that women fall for him easily because of his flashy lifestyle.

He claims that ladies have been flocking his Facebook page with raunchy messages to lure him to bed after the photos surfaced online.

For now, more than 1,000 young and beautiful women want a piece of me via friend requests. I don’t know their intentions yet but as men, we must know how to treat women.” He added.

Here are photos of the aspiring MP getting mushy with ladies that have been going round on social media. 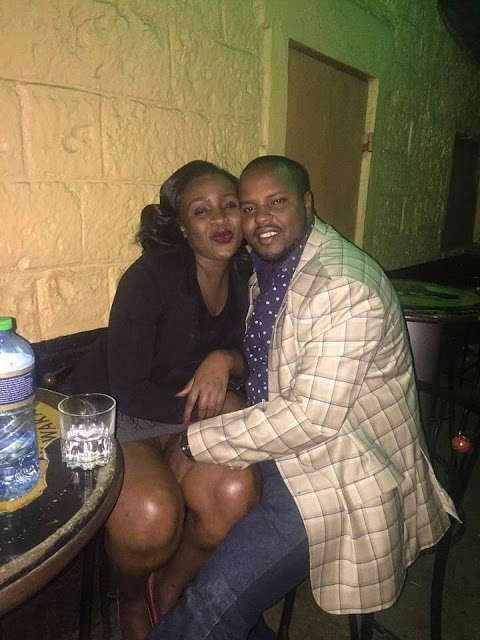