David Ndii, NASA leader Raila Odinga’s technical advisor has said he will lodge a petition for self determination.

He says that since Independence Kenya has been ruled by only two of the 44 communities in Kenya and this has left the other communities in oppression.

He says that he is guided by the African charter of Peoples and Human Rights of 1986. Article 20 of the said charter prescribes for self determination.

The petition which he intends to lodge prescribes this as a solution for oppressed people to escape domination. 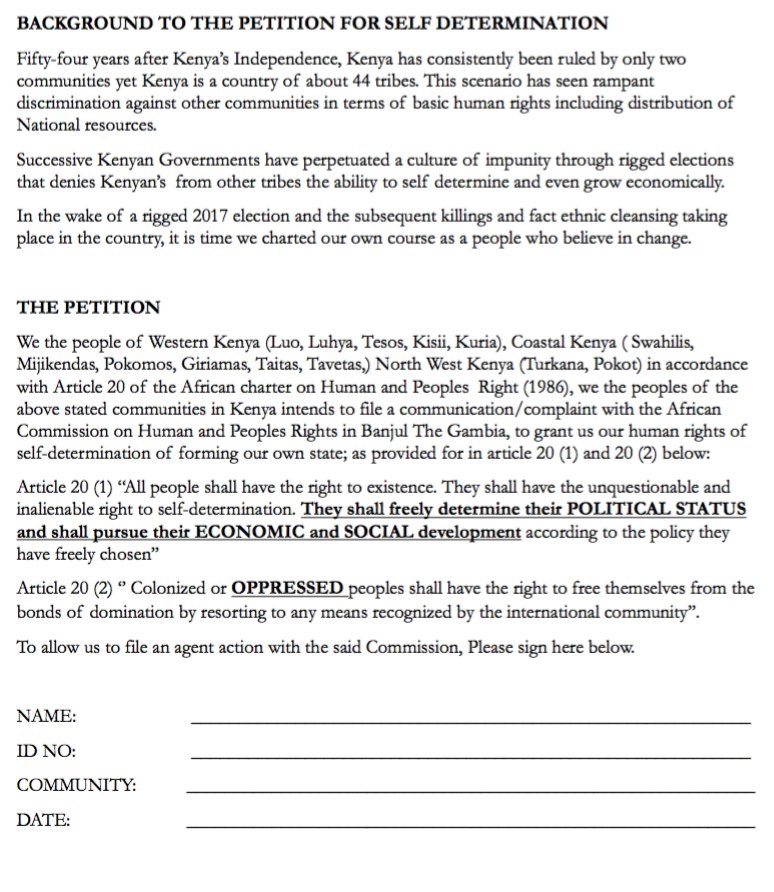 He went on to allude that the petition was allowed in the constitution and that he only needed one million signatures for him to move on to the next stage of self determination.

David Ndii has been known to nurture this secession thoughts for a while as he wrote in an article in 2016 that Kenya should be divided into different ethnics nations.

This is how wanted NDINDI NYORO sneaked out of Royal Media...