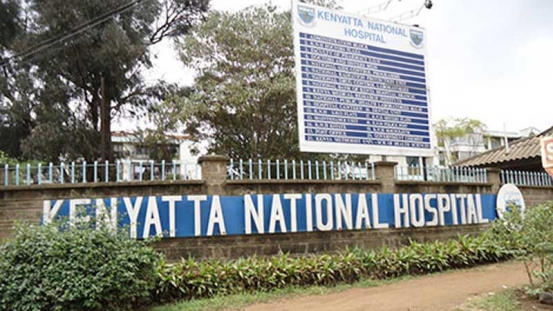 Kenyatta National Hospital (KNH) morgue attendants have been accused of raping and scaring new mothers especially in the wee hours of the morning.

Mothers tell of their horrific ordeals on the cold, silent corridors of KNH on social media.

One mother says: “Today I met a lady who was nearly raped when she had gone to breastfeed her baby at 3am. Only thing that saved her from the ordeal was her voice. She screamed her attackers away.”

It has been said that the attendants target the vulnerable women; some still recovering from c-sections and others who are worried sick of their ailing newborns.

The ‘psychopathic’ attendants will chase the women down the corridors after collecting dead bodies from the wards.

The elevators especially, the mothers have been asked to stay away from.

The morgue attendants will not only chase one down the corridors but will force you to stare at a corpse especially the mutilated ones and then go ahead and assault you.

New mothers have been advised by nurses who are also afraid of the mortuary attendants, to walk in groups when going to breast feed their babies.

”This is very true, happened to me in 2016 after delivering and the baby was taken to the NBU. They chased me kwa hizo corridors mind you was less than a day from CS. Scares me to date,” another victim recounted.
Another social media user also noted that those patients in Ward 6 are a lot that one should be afraid of.

The patients there have perfected the art of stalling elevators using spoons.

It has also been noted that KNH hosts homeless people disguised as patients. They sleep on the corridors, it has been said.

Kenyans online want relevant authorities to come to the new mother’s aid. The KNH management, it has been established, is aware of the happenings but remain silent.

Recce Squad arrives at 14 Riverside following an explosion and heavy...