Controversial Mwingi Central MP, Gideon Mulyungi, is in the news once again for all the wrong reasons. This is after he allegedly gave his trophy wife, former Ebru TV news anchor, Doreen Gatwiri, a serious beating.

She took to social media to reveal how she was left with serious head and back injuries after the Wiper lawmaker assaulted her at their Karen home on Monday evening.


She added that this was not the first time Mr. Mulyungi had assaulted her accusing the MP of having anger issues. 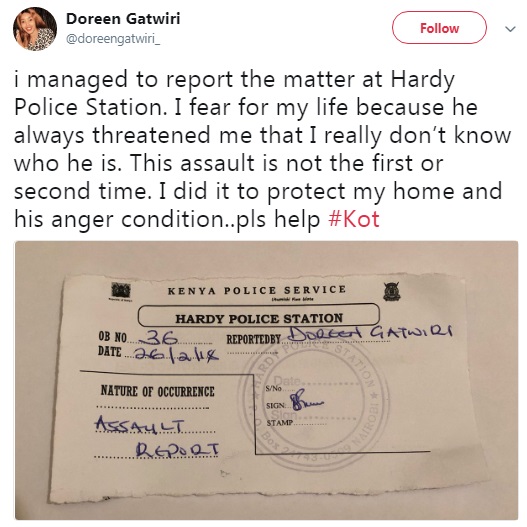 While writing this on social media, she said that she was on the run because she feared for her life and urged Kenyans to amplify her predicament.