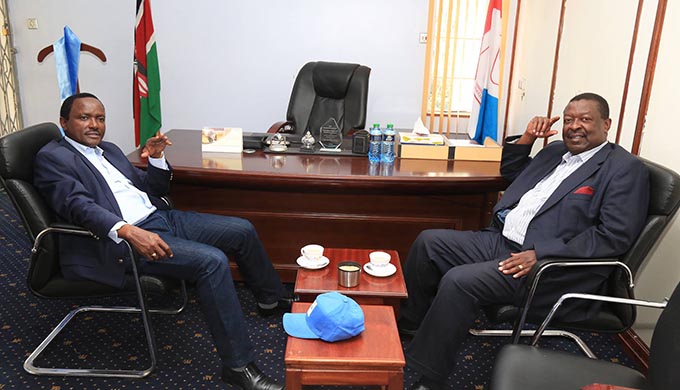 The Senator said these are among many things that will happen in the coming days since President Uhuru Kenyatta wants to unite the country before he retires in 2022.

“There are some negotiations going on.”
“There is something in the offing for Kalonzo, that I can assure you,” the Senator said.
A Jubilee insider has also revealed that there could be more surprises in the appointments of Government jobs.

“The President is planning a major re-organisation that will not spare his office,” he said.